Mark St Leon, Australia’s premier circus historian has advised us of some rare footage  of the “St Leon Troupe” that has just come to light, which he has now put on to YouTube.

By the early 1900s, many of the family had relocated to the USA and the more lucrative offerings of American circus and vaudeville circuits. A third-generation St Leon, Bega-born Clyde St Leon (1900-1970), arrived in the USA with an acrobatic troupe in 1926. After World War II, Clyde formed a ‘teeterboard’ acrobatic act with his two sons, their wives and several other performers. They were called The St Leon Troupe and became a popular feature in American circus, nightclubs and fairgrounds in the post-war period.

In this video, the family perform acrobatic routines rarely seen in circus today and exhibit the skill and dexterity passed down through several generations from a London tumbler.

Mark has compiled the “Genealogical Database of Australia’s Travelling Showpeople” CD which has over 31,000 records listed, as well as maintining the Australian Travelling Entertainers website, which contains history, records, photographs, links and more.

If you would like to know more about circus history, and its performers, you should make a visit to the Circus Historial Society. 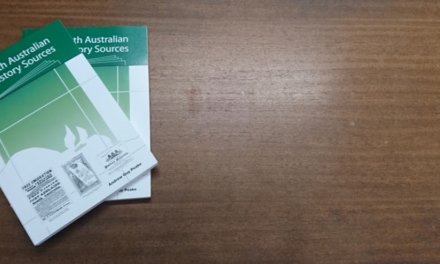 A ‘MUST’ for Researchers of South Australian Genealogy and History