Over the period of 15 years, UK’s much loved genealogy magazine ‘Your Family History’ magazine (also known as “Your Family Tree”) well and truly cemented itself as one of the best UK genealogy magazines around. However sadly despite that, back in 2018 it went the way of so many print magazines, and ceased production, with Issue 192 (March 2018) being the last.

I was a huge fan of this magazine right from the very first issue, and read them from cover-to-cover, so I can verify that every issue was a brilliant read, and was packed with useful information on how to get the most out of your research.

Now we have been given a large collection of these magazines to find good homes for. As there’s too many for one list we’re listing them in batches.

We’ve already listed Issues 1-50 CLICK HERE, and 51-100 CLICK HERE to see which of these issues are still available, and below are the issues 100 to 163 (minus a few that were missing from this collection).

The Your Family History magazines sold for $15.95/per issue in Australia, but we’re clearing them for $9.50 per issue (which includes freight within Australia). There’s one copy of each only, so get in quick.

Issue 105 (July 2011)
150 years of military records; Engineering ancestor on the Scottish railways; Doctor on call; Preserving the past; Family history detective: Farming stock; Get started with Police records; Find family in the Raj; Glamorgan research routes; Early Australians: the epic voyage of the First Feet and those who settled Down Under; Skeleton in the cupboard: A secret family.

Issue 107 (September 2011)
Voyage into a seafaring past; visit the National Maritime Museum; Records of childhood; Sisters reunited in America; Occupations: Brewery workers; Records before the census and civil registration; A taste of his own medicine; Get started with researching overseas births; Research wills and probate records; Wiltshire research routes; Digging for victory: How your forebears became self-sufficient; A bandit and a murderer.

Issue 108 (October 2011)
Behind the scenes of ‘Who Do You Think You Are?’; 500 Years of free online records; Reforming and resisting; Occupations: Postal workers; Struck down with scarlet fever; Parish graves; Get started with researching your female line; Research overseas marriages online; Scottish Borders research routes; Old wives’ cures; Skeleton in the cupboard: A real family soap opera!

Issue 111 (January 2012)
Your family’s working life; Taking on the Boers; The early censuses (1901-1831); Soldier fights for his principles; The Bubonic plague; The Nonconformists and what you can discover from their records; Find American records online; Kent research route; Skeleton n the cupboard: The Irish womaniser.

Issue 112 (February 2012)
Bishopsgate Institute; Famous snapper: date photos by the photographer who took it; Beyond the census; A true survivor; Occupations: Road transport workers; The Fun Factory; Name changes – how to find the records relating to them; Get started with genealogy before 1800; Ulster research route; Caring communities? Learn about FANS (Friends and Neighbours); Skeleton in the cupboard: In and out of the asylum.

Issue 115 (April 2012)
Genealogy on your mobile; Get more from the census; Determination pays dividends; Occupations: Theatrical workers; King for a day; The Salvation Army and their records; The Potato Famine; Get started with Forename research; Names: Taylor; Gwynedd research routes; Skeleton in the cupboard: How Michael met his maker; Historical fiction.

Issue 125 (February 2013)
The complete guide to family history; Cambridgeshire research route; Rags to riches and back again; Beyond the world wars; Discover farm workers; Irish censuses and substitutes; Family history on your mobile; Occupations: Teachers in your tree; World War I in the air; High Street records; A brief history of New Year; Names: Walker; Skeleton in the cupboard: Doing his duty…

Issue 128 (April 2013)
DNA for family historians; Working together for the common good; Research routes: Munster; “We had promised to look after them”; Nomadic labourers: Navvies; Take a battlefield tour; Build your family tree; Find photographers; The Royal Navy in Gallipoli; Manorial records; Austerity and horsemeat; Names: White; Skeleton in the Cupboard: Foul play or misfortune?

Issue 143 (June 2014)
Quick and easy research results; To Bradford and back; Cheshire research routes; Ancestor on the Titanic; Get started with Workhouses and institutions; Uncover Australian records; Map your family’s lives; Occupations: Barbers; Prisoners of War; Going further with Business & Bankruptcy records; The five battles of Ypres; Names: Marshall; Skeleton in the cupboard: Sentenced to 20 years in chains.

Issue 144 (July 2014)
Find your family for FREE; A woman of mystery; Ayrshire research routes; The children born on the pavement; Merchant navy photos; Pass on your research; Occupations: Judges and lawyers; WWI: How to use lists and rolls; Understanding tithe records; Aces high: WWI in the air; Names: Hill; Skeleton in the cupboard: The Somme hero with a violent past.

Issue 148 (Autumn 2014)
How to map out lives; Royal connections; Research routes for North London; My ancestor starved herself to death; Get started with Cremation records; Occupations: Wheelwrights; Find those who served twice; Go further with Coroner’s records; The Red Cross in world War I; Names: Hall; Skeleton in the Cupboard: Yet more woe for Della.

Issue 149 (November 2014)
Make use of your record office; Lancashire hotpot and Yorkshire puddings; Edinburgh research routes; Memoirs of a bobby; Lost children of the British Empire; Occupations: Washerwomen and laundresses; Go further with Records of the Anglican clergy; Names: Ward; The Hundred Days offensive; Skeleton in the cupboard: A family full of trouble.

Issue 151 (January 2014)
600 years of records; A Huguenot heritage; Birmingham research routes; Seafarers, songwriters and fishmongers; Ancestors in the dock: find records of your family on both sides of the law; Occupations: Journalists; The Battle of the Ardennes; Go further with Scottish and Irish Land Records; Diet, food and health; Names: Sanderson; Skeleton in the cupboard: Wife sale, neglect and the workhouse; Preserve records digitally; Look online for Court records.

Issue 152 (February 2015)
Do you have Royal blood?; Success and philanthropy; Ulster research routes; Scandal of the Old Lady of Threadneedle Street; Records at your local church; Preserving family archives; Occupations: Booksellers; Perils of the sea; Battle of Rorke’s Drift; Go further with Vaccination records; Names: Stewart; Skeleton in the cupboard: My relative murdered his wife and child.

Issue 156 (May 2015)
Newspaper research; Assassins and Clan Chiefs; Research routes for Surrey; Taming the Wild West; Get started with Election records; Look online for Census substitutes; Occupations: straw workers; The hunt for the Bismark; Going further with Rate Books; The making of America; Names: Parker; Skeleton in the cupboard: Murder in half moon yard. 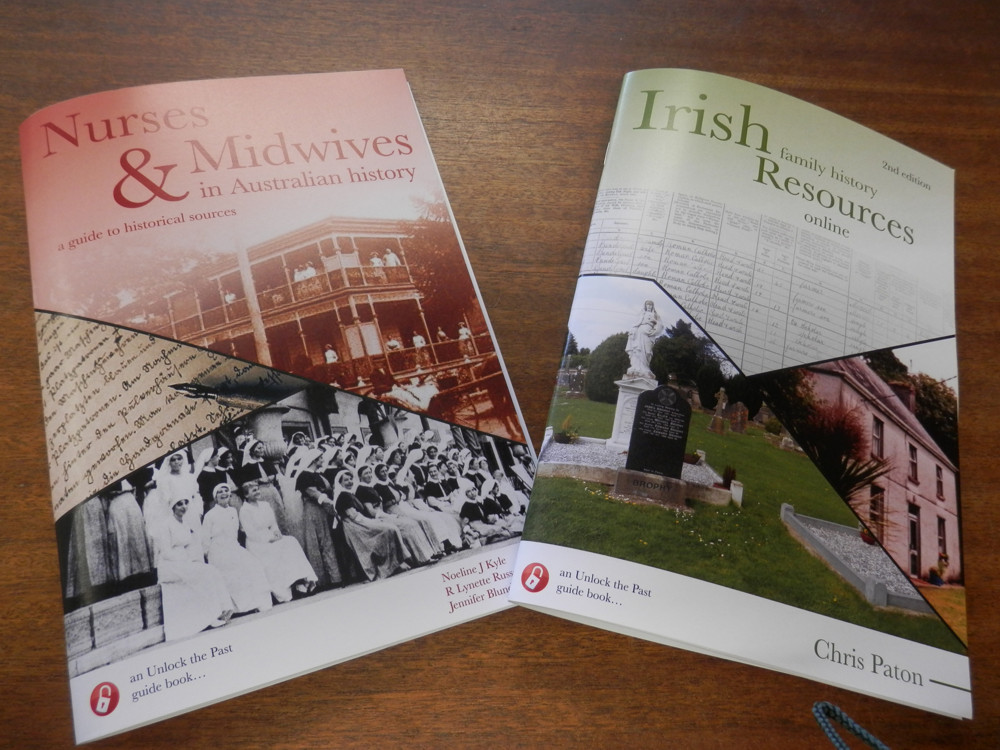 New Books from Unlock the Past: Australian Nurses and Irish Research Online 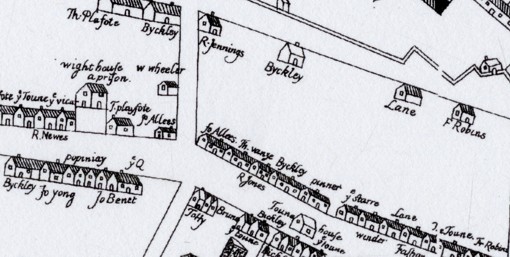