With centenary commemorations of World War 1 being held over the past few years (and still continuing), the interest in Australian military history and research continues to grow at an astonishing rate, and with it comes the availability more resources online.

There are an amazing number of smaller, but very useful and fascinating Australian military history websites. So together with the usual “big name” archives, I have compiled a collection of 31 links listed here. I don’t claim that it is a comprehensive list, but I’m sure everyone researching an Australian who was in the in military or related services will find some links of use. The links relate to World War 1 with some having information on other wars as well. And note, they are all FREE sites.

Adopt a Digger Project
http://www.adoptadigger.org/
The purpose of the Adopt a Digger Project is to commemorate that centenary by honouring the men and women from the (current) Sunshine Coast region of South-east Queensland who fought in World War One. The aim of this website is to create a database which records each soldier’s WW1 military history and a brief personal history. This database will be a valuable source of reference for historians, researchers, descendants and school students, and will be a significant contribution to the historical military records of Australia, and particularly the Sunshine Coast region.

The AIF Project: Australian Anzacs in the Great War 1914-1918
https://aif.adfa.edu.au/aif/
The AIF Project’s major activity is the construction of a database that draws on a wide range of sources to provide details on the 330,000 men and women who served overseas in the (First) Australian Imperial Force, 1914-1918.

AIF Unit War Diaries 1914-18
https://www.awm.gov.au/collection/AWM4/
While you may not find personal diary from the battalion your ancestor was in, you may well find a Unit History diary. This series comprises created by the Australian War Memorial is one of the Unit War Diaries created by the units of the Australian Imperial Force (AIF) during the First World War. While on active service, Army headquarters, formations and units were required to keep unit war diaries recording their daily activities. The content of the war diaries generally consist of war diary or intelligence summary sheets located at the beginning of each diary which record the date of each entry, the unit’s location, a summary of events and any remarks or references to appendices. The appendices, which make up the larger part of each diary, may include orders, despatches, instructions, reports, telegrams, and decisions taken; daily situation reports; staff duties; accounts of operations; changes in establishment or strength; and a summary of information received.

Anzac Portal
http://anzacportal.dva.gov.au/
Created by the Department of Veterans Affairs this website is full of pictures, videos and history of the various wars that Australia has taken part in. It also includes numerous links for those researching military history.

ANZACs Online
http://anzacsonline.net.au/
ANZACs Online is an online military museum which displays photographs, diaries and letters, relating to the many Australians who served in the Australian Imperial Force during World War I. The goal is to try and find a picture of every WWI Australian serviceman and woman and have them all available in one location. The aim of this museum is to allow for these items of our Australian military history to be preserved and be made freely available as a shared resource, for current and future Australian generations alike.

Australia @ War
http://www.ozatwar.com/
This website contains a wealth of information. It just takes a bit to work your way through it all though, as there’s no easy search function.

Australian War Graves Photographic Project
http://www.australianwargraves.org/
The Australian War Graves Photographic Archive is committed to procuring a digital photograph of every Australian War Grave and Memorial Commemoration … worldwide. Most Australians are aware of the service participation of our Armed forces; past and present, but many, would be surprised by the extent. The photographs procured throughout this project are being used to populate the searchable database. It will be accessible to all Australians and will attempt to continue and extend the awareness of the ‘ANZAC’ spirit.
Note: the website link seems to be a dead link (or else it’s temporarily broken), however you can still check out their Facebook page here.

Australian War Heroes
http://www.australianwarheroes.com/
A national war memorial song and a tribute to the ANZAC spirit of mateship, courage and sacrifice. Over 100,000 Australians have lost their lives in the service and defence of our country. Along with their mates, they’re marching once again, in the towns and cities, across our great land. The song is timeless and honours the memory of those who have died in the service and defence of Australia in war.

Australian War Memorial
http://www.awm.gov.au/
During the First World War Australian troops were officially encouraged to collect relics of the battles in which they had fought. The tradition of acquisition and preservation continues today, enhancing the written record of war, and has produced one of the finest military artefact, document, and media collections in the world. This web site makes some of those collections accessible online to everyone.

Defence Honours and Awards
http://www.defence.gov.au/MEDALS/
This provides information on Australian and Imperial campaign awards made to Australians since Federation in 1901 and includes the Boer War 1899 -1902.

Digger History
http://www.anzacwebsites.com/general/diggerhistory.htm
Much of this website has been archives, but is still accessible through Pandora and the Wayback Machine. An unofficial history of the Australian and New Zealand Armed Services. The extensive Digger History website, contained some excellent and well-illustrated material on a huge range of Anzac topics.

Graves of Tasmania
http://www.gravesoftas.com.au/
Those behind the Graves of Tasmania site have been photographing and recording headstones in Tasmania, and have almost completed many cemeteries all around the state. This site includes some war cemeteries.

The Lost Diggers
https://www.awm.gov.au/
http://www.facebook.com/lostdiggers
Channel 7’s Sunday Night team made headlines with their sensational discovery of a secret collection of photographs of Australia Diggers in France. After following up on a rumour they found over 3,000 fragile photographic glass plate negatives in the attic of a dilapidated farmhouse in the small town of Vignacourt, a 2 hour drive north of Paris, near Amiens. Many of these glass plate photographes have since been bought by Kerry Stokes and donated to the Australian War memorial.

Mapping Our Anzacs
http://mappingouranzacs.naa.gov.au/
Explore a diverse selection of government records about Australians and New Zealanders in World War I and the Boer War. Created so that users can enhance a profile of someone who served, and uncover the personal stories of service men and women through original archival records.

National Archives of Australia
http://www.naa.gov.au/
The NAA holds records about service in the Australian defence forces from Federation in 1901. Click on the Service records link under Using the Archives to find out how to access records relating to the Australian Army (Army), Royal Australian Navy (RAN), Royal Australian Air Force (RAAF) and other records relating to wartime service. Digitised copies of first Australian Imperial Force (AIF) personnel dossiers (WW1) are online (free) and many of the WWII service records have been digitised and are online. If a record is not online copies (hard or digital) can be requested for a fee.

The Navy List
http://www.navy.gov.au/media-room/publications/navy-list
The Navy List traditionally contains details of the officers of the Australian Navy. These past editions have been digitised and placed in the public domain, and currently cover the period 1905-1985.

RSL Virtual War Memorial
https://rslvirtualwarmemorial.org.au/
The RSL Virtual War Memorial is an outstanding commemorative collection, purpose built by RSL-SA to honour the personal experiences of all those who have served the nation in times of conflict. It pays special honour to those who lost their lives as a result of their service and equally honours those who returned, forever changed, many of whom have been pivotal to the RSL story over the last 100 years.

Russian Anzacs
http://russiananzacs.net/
During the First World War around 1000 Russian born servicemen fought in the Australian Imperial Force (AIF). They were the largest national group in the AIF after British, New Zealand and Canadian born servicemen. Besides ethnic Russians these Russian born Anzacs included members of a score of different ethnic groups who lived in Russia – Finns and other Scandinavians, Estonians, Latvians, Germans, Lithuanians, Jews, Poles, Byelorussians, Ukrainians, Ossetians, Georgians, Tatars, as well as Western European nationals born in Russia or posing as Russian subjects at enlistment. Their story is told on this website.

Soldier Settlement Scheme (Victoria)
https://www.prov.vic.gov.au/
These records held at the Public Record Office Victoria, detail the Victorian soldier settlement scheme created in 1917 to lease land to returned soldiers and nurses for farming after the First World War. Using these records will help you understand the individual experience of a soldier settler, as well as the historical context of the Victorian Soldier Settlement Scheme.

South Australian Red Cross Information Bureau 1916-1919
https://sarcib.ww1.collections.slsa.sa.gov.au/
From 1916 until 1919, the South Australian Red Cross Information Bureau performed the service of undertaking research into over 8,000 enquiries from family and friends of missing Australian Imperial Force personnel fighting in World War 1. Documentation produced and received in the process of making these enquiries are included in the ‘packets’ of records that can be searched and viewed on this website.

South Australians at War
http://www.samemory.sa.gov.au/site/page.cfm?u=833
Nothing can describe the trauma, courage, humour, loyalty and despair of war more evocatively than the words of people who have lived through them. Within the collections of the State Library are thousands of stories of the sacrifices and contributions South Australians have made to international conflicts.

Tasmanian War Casualites
http://www.tasmanianwarcasualties.com/
If you had Tasmanians who fought (and died) in the war, this is an excellent site to visit. Easy to navigate, well indexed, and links to biographies of WW1 soldiers which include photos of the men and sometimes the headstone as well.

Trove Memorials
https://trovememorials.weebly.com/
These stories and obituaries of Australian service personnel come from the pages of Australian newspapers available through Trove.

War Memorials in Australia
http://pandora.nla.gov.au/pan/14043/20130515-0834/www.msk.id.au/memorials2/index.html
This site was created by Michael Southwell-Keely who died in 2006. And the original website has now been taken down, but fortunately a copy is on Pandora. The site continues as a memorial to him and in thanks to all those who contributed information, photos and provided encouragement and support for the site. It contains locations, descriptions and images of war memorials in the states and territories of Australia. Memorials include monuments, honour rolls, buildings and a variety of utilitarian facilities all erected in honour and remembrance of those who served their country in war.

World War I Pictorial Honour Roll of Australians
http://ww1.gravesecrets.net/
This site is dedicated to commemorate the lives of those who served in the Great War in pictorial form. With over 37,000 images online to date, you may well find photos of some of your ancestors here. Broken down state by state, you’ll also find images of WW1 nurses and chaplains, as well as indigenous soldiers.

Australian Military History on Facebook
For Facebookers, the most comprehensive list of Australian genealogy and history groups and pages on Facebook (including lots of military history) can be found here. Just click on the big download link, and it opens as a PDF.

As mentioned above, this list is not comprehensive, but it is a good range of sites to check out when researching WW1 Australian military history. But if you’d like to list any further links please leave a comment below, so then others can see it. 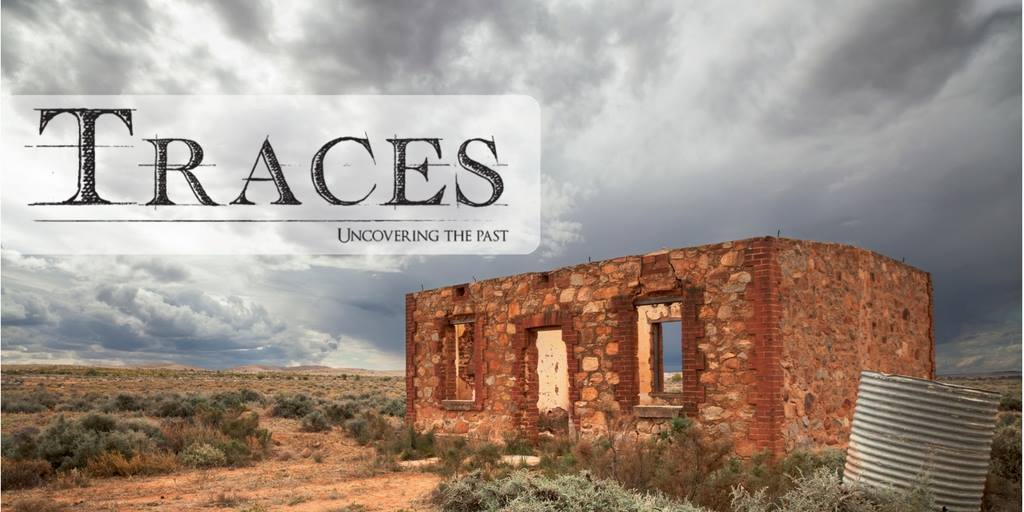 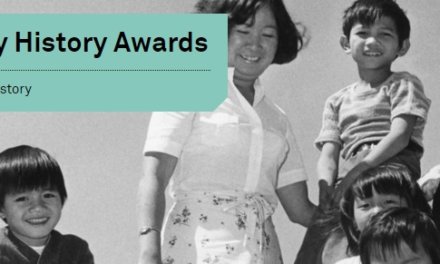