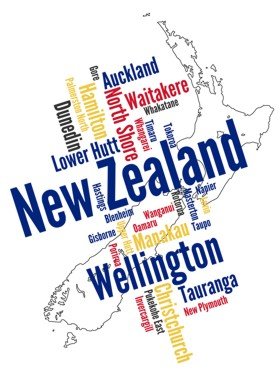 Findmypast, one of the big name companies in the genealogy field, are part-way through their 100 in 100 project (100 new data sets in 100 days). And part of that they have just released a whole bunch of New Zealand records.

Although New Zealand  is a tiny country, it has a rich history, and a huge amount of records. And it’s great to see our friends “across the ditch” get their records recognised and recorded on a site such as findmypast.

This exciting new collection is being brought to you as part of our 100in100 campaign, bringing you 100 record sets in 100 days. You can view these records straight away with our great value one month Australia/NewZealand subscription, giving you unlimited access to all records from Australia and New Zealand for just $9.95.

New Zealand Railway Employees 1896
The first New Zealand railways were created by Provincial Governments in the 1860s. The real development of railways – as both a government department and a means of transport – began in the 1870s as a key element in Julien Vogel’s schemes for progress. Many of those who worked on the railways arrived in the country during the immigration boom of the 1870s.

The 4,496 records in this collection were compiled as a means of reporting employee details, including length of service and pay rates, to the House of Representatives. The records list the details of workers’ employment with the Railway Department, including the department with which they were employed, their length of service, pay rate and any other comments.

The records include details such as years of service, title, salary, the office by which they were employed, and any other comments.

New Zealand Return of Officers in Provincial Governments 1866
The Provinces of the Colony of New Zealand existed from 1841 until 1876 as a form of sub-national government. Each province had its own legislature and was built around the six original planned settlements, or ‘colonies’. They were replaced by counties, which in turn were replaced by districts.

New Zealand Pensions Granted 1868
The 181 records in this collection detail pensions and allowances paid by the colonial government in 1868. They list the sum paid, the reason for payment, and the government act under which the payment was made.  The records were compiled to report back to the House of Representatives the names of those applying for pensions, and the reasons for granting them.

New Zealand Prisoners Pardoned 1860-1862
The 182 records in this collection contain the details of prisoners who were pardoned by the New Zealand government. They document when each prisoner’s sentence was due to expire, the date of their pardon, and the original term of their sentence.