Love Trove + Love Blogging = Trove Tuesday. Aussie Geneabloggers (well actually anyone, from anywhere) now has a new reason to be excited, and that is thanks to Trove Tuesday.

We all know how A-W-E-S-O-M-E the National Library of Australia’s Trove website is, that just kind of goes without saying. And while there is much more to the site than just old Australian newspapers that have been digitised, it does then to be those that you think of when “Trove” is mentioned.

Trove Tuesday was instigated by Amy Houston a few weeks ago in her Branches, Leaves and Pollen blog, where she talked about her love for Trove and how she was going to document her relationship with  Trove  in a series of Trove Tuesday posts. As she says ” Trove has enabled me to turn dry old genealogy into interesting family history. I am thrilled to share the results of my digging in  Trove  on Trove Tuesday”.

On the bottom of her post, she asks Geneabloggers to “join me on Trove Tuesday and blog about what you’ve found too – it doesn’t have to be something about an ancestor, you might just find a good yarn and want to share it.”

So now we can all use Tuesdays to advantage and share our finds on Trove. And if you don’t want to blog, but still want to share it, why don’t you put a link in the comments below? 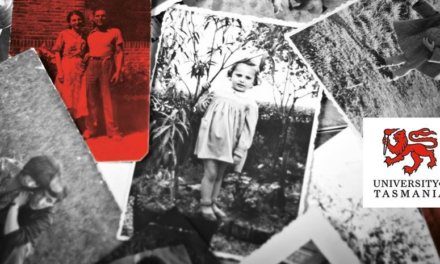