June has been a busy month for Australian history news … we have everything from historic clocks and fountains, to new archives and museums opening up, a request to help identify photos, and more award winning museums.

This is news from any group, society, museum, or archive office throughout Australia. Some of the following news have been submitted to me, while others have been found from websites, newspapers and other articles.

So if you are involved with any history or genealogy group, society, archives, or museum, and have news, events, need donations, have a special project, or just have a request please advise, we’d love to hear about it and help you out.

Cowra – Cowra Family History Group photo request
The Cowra Family History Group are the custodians of around 27,000 photographs of relating to Cowra. These included people, historical events and more. The Society has submitted a request to the local Cowra Guardian newspaper asking for help in identifying people in a photo. Can you help? You can read the article online.

Queensland
Brisbane – Genealogical Society of Queensland get a New Website & Explores Social Media
It’s great to see the snazzy new website that the Genealogical Society of Queensland has. It you haven’t visited it recently, please do so, it’s worth a look (www.gsq.org.au). And they’ve also branched out into the social media scene, and you can find them on Twitter and Facebook.

The Art Gallery of South Australia opened the doors to the newly refurbished Elder Wing of Australian Art on Saturday 18 June, following a ten month, $3.6 million refurbishment. The opening marked the 130th anniversary of the Gallery. Curator, Australian Paintings and Sculpture, Tracey Lock-Weir, said that the new displays tell a revised story of Australian art, one that reflects a greater understanding of who we are at this point in time. You can read further details of the upgrade and reopening here.

The Tea Tree Gully Branch of the National Trust of SA is searching for a ‘slab hut’ to form part of a new exhibition at the Old Highercombe Hotel Museum. The Trust plans to use the hut to recreate the home of a typical 1800s family living in the Tea Tree Gully area. Branch Secretary Mark Taylor said a slab hut consisted of rough timber walls around a log fame with a corrugated iron roof. It’s called a slab hut because it’s made with slabs of red gum. Mr Taylor hoped residents would be able to donate an intact hut or the materials so the museum can build its own. The hut will form part of a much larger development as over the next several years the Trust plans to build a working blacksmith’s shop and upgrade the Museum’s displays. To donate materials for the Museum’s slab hut please phone 0409 121 848.

The winners of the 2010 Regional Museums Award have just been announced and from the 100+ entries submitted Tasmania’s Narryna Heritage Museum has been selected as the “2010 Best Small Museum”. This is a place that should be added on to everyone’s ‘must-visit’ list when in Tasmania. Situated a short walk from Salamanca Place and the City Centre of Hobart, the Narryna Heritage Museum is a handsome Georgian house set in a picturesque, old-world setting, where you can experience the elegant lifestyle of a prosperous Hobart merchant and his family in the 19th century. Each room contains items that represent life, as well as showcasing many items complementing the domestic duties that were carried out by servants. The Museum also has one of the largest costume collections in the Southern Hemisphere, with costumes are rotated regularly throughout the museum and represent the clothes worn by women of the period. You can find more details about the Museum on their website. The ABC Radio National website lists all of the finalists for each state.

Hobart – Markree House Museum Opens
A treasure trove of early 20th century objects donated to the Tasmanian Museum and Art Gallery is now on display in Hobart. Markree House in Battery Point and all its contents were left to the museum by Henry Baldwin who was one of the last descendants of one of Tasmania’s oldest families. Mr Baldwin also bequeathed two other properties and two million dollars to the museum. The Museum is open for guided tours from Tuesday to Sunday. More details about the Museum can be found on the Tasmanian Museum & Art Gallery website.

Victoria
Bendigo – Public Record Office of Victoria Opens a New Branch
The new $1.83M Bendigo Regional Archives Centre was officially opened on Friday June 17 by the Hon Damian Drum MLC and Greater Bendigo Mayor Cr Rod Fyffe. Mayor Rod Fyffe said the opening will fulfil a long held community need for an archive storage facility. “For over 20 years the community has identified a need to appropriately store historical and public records and it has finally become a reality. “The Bendigo Regional Archives Centre is set to be home to public records including records created by government departments and authorities, courts, municipalities, public hospitals and other public offices. “The new archives centre meets world document storage standards and has the capacity for 5km of shelving space.” You can read the full announcement of the launch here.

Melbourne – Historic Fountains Given a New Lease of Life
Resurrecting Melbourne’s desiccated fountains has been a passion for lord mayor Robert Doyle, who will be spending $900,000 on the project this year. This will get six of the city’s most prominent water features flowing. Melbourne’s fountains have either been turned off or have been working on low power for many of the dreary dry years. Cr Doyle said one of the next to be restored was the historic Hochgurtel Fountain, on the Victoria Street side of the Exhibition Building. This 10-metre tall, highly decorated fountain in the Carlton Gardens was designed by German sculptor Josef Hochgurtel in the 1880s, when the Royal Exhibition Building was built. Other fountains being brought back to life include the Mockridge Fountain in the City Square (which includes a popular water wall), the 1930s Macpherson Robertson Fountain, near the Shrine of Remembrance, the Walker Fountain in Alexandra Gardens, donated by businessman Ron Walker after his term as lord mayor, and the 1871 Stanford Fountain in Gordon Reserve, on the corner of Spring and Macarthur streets. You can read the full story here.

St Arnaud – St Arnaud Historical Society has a website
St Arnaud’s Historical Society which is located at 12 Napier Street, St Arnaud has a research area with access to historically significant documents, cemetery records, and artifacts from St Arnaud and surrounding areas. The Society now has a website which allows easier access to find out what they have and the history of the area, click here. Their opening hours are Wednesday 1pm-4pm, Friday 1.00pm-4.00pm. 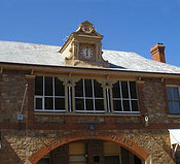 York’s Post Office clock stopped ticking more than 30 years ago, leaving the town frozen in time. Decades later, the 116-year-old clock has been restored to its former glory by its devoted postmaster, Kevin Milner. “Being the longest serving staff member at the post office, it’s an absolute thrill for me to be able to turn it back on and let’s hope it keeps going this time,” he said. The heritage-listed post office was built in 1893 and was designed by the famous colonial architect, George Temple-Poole. The clock, which was manufactured in London, has been unreliable since it was first installed in the late 1890’s and subsequently remained inactive for most of the 1900’s. The full story can be read on the ABC News website. 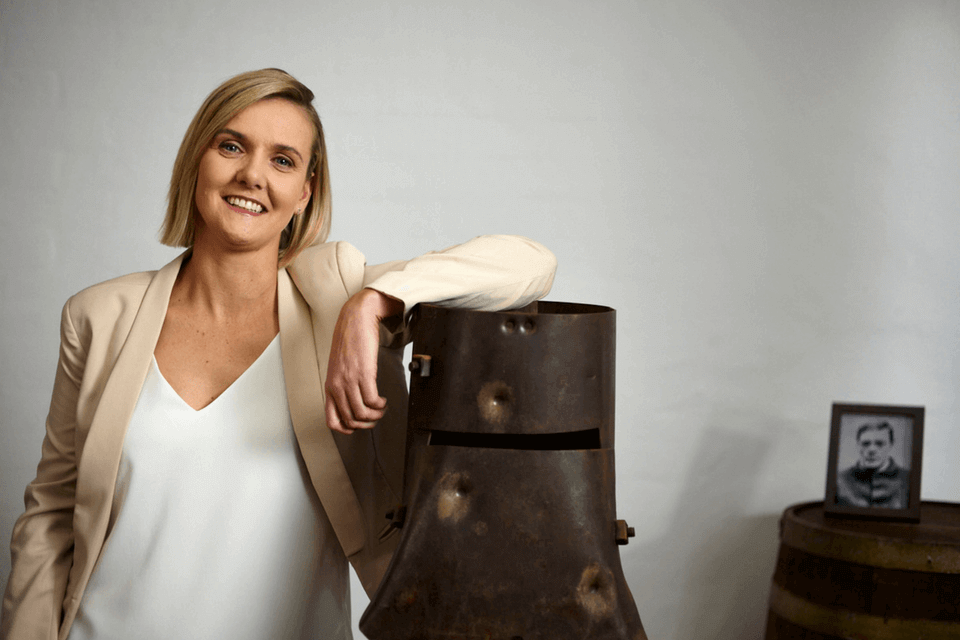 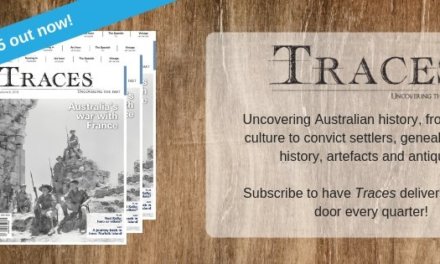