Australian Portrait Gallery and Memoirs of Representative Colonial Men – DATA CD – $29.50
This impressive book contains biographies of twenty-four prominent men in Australia’s history. Each biography is written with warmth and detail and is accompanied by a sketch portrait.

Greater Brisbane Area Atlas and Directory of Residents and Streets c1938 – DATA CD – $27.50
The ‘Greater Brisbane Area Atlas and Directory of Residents and Streets’ was first published in 1931 in order to provide up-to-date maps and residential information of Brisbane and its suburbs. In the eight years since the first edition, the growth of the better known suburbs and the opening up of new districts, as well as alterations and additions to city buildings, has been so great, that the necessity for a Revised Edition became apparent. This 1938 directory contains over 60 directory maps and includes a key map of the greater Brisbane area, and includes Wynnum, Manly, Lotla and Sandgate. Following each directory map is a list of the streets and street-by-street listing of residents for that particular area.

Compiled to be distributed amongst the Police Force only, Police Gazettes contain details and information that can not be found anywhere else. Produced at regular intervals (usually once a week), it was a way of making information available to all in the Police Force throughout the whole state. The information contained in the Police Gazettes does vary a little from year to year, but overall you will find details of any changes within the police force which are all listed (promotions, demotions, discharges, resignations, deaths), information is also given on housebreak-ins, robberies, arson, murders, deserters from service or from families, warrants issued, prisoners discharged, missing friends, lost and found items and more. Notices from police gazettes from other states are also often included.

Invading Australia: Japan and the Battle for Australia 1942 – P. Stanley – $35.00
Each year, more and more Australians celebrate Anzac Day and honour the lives of those who fought for their country. There is even a push to create a new public holiday, in remembrance and celebration of the ‘Battle for Australia’. But was there ever really such a battle, and how close did Australia actually come to being invaded?

‘Invading Australia’ provides a comprehensive, thorough and well-argued examination of these and other pertinent questions. Peter Stanley writes compellingly about Australian attitudes to Japan before, during and after World War II, and uses archival sources to discuss Japan’s war plans early in 1942. He also shows that rather than a ‘Battle for Australia’ there was a worldwide fight for freedom and democracy that has allowed the West to enjoy great prosperity in the decades since 1945.

Historical Encyclopedia of Western Australia – J. Gregory & J. Gothard – $89.95
Utilising the knowledge of more than 500 authors, the Historical Encyclopedia of Western Australia is an authoritative and comprehensive guide to the region’s history. The product of seven years collaboration, the Encyclopedia will serve for decades to come as the first point of reference for those interested in any aspect of Western Australian history. As well as the state’s foremost historians, contributors and advisors includes several hundred researchers, writers and practitioners in area ranging from art to zoology, each bringing an historical perspective to bear on their own fields of expertise. Covering entries on the Ugly Men’s Association, race riots, convict labour, beauty competitions, Aboriginal servicemen and women, and landcleared, among many others, detail the depth of research employed as well as the intriguing entries within this book. This is truly both a ‘people’s Encyclopedia’ and a ground-braking addition to the way the history of Western Australia is understood.

A Guide to Tracing the History of a Business – J. Orbell – $55.00
There is a burgeoning interest in the history of a business, expressed not only by academic historians, but by general enthusiasts, business organisations and those interested in the development of a particular business sector, such as architecture or transport. Covering businesses in England, ‘Tracing the History of a Business’ outlines the principal sources available to researchers and comprehensively covers a procedure for the search. Most importantly, it has been brought up to date to include the recent development of online and digital sources.

Merchant Taylors’ School Register, London 1562-1874 – DATA CD – $49.50
This CD contains two volumes of entrance listings for students at the Merchant Taylors’ School in London, from 1562 to 1874. School records are a great source of historical and biographical information, this title gives name and entrance date of student, father’s name and often birth date. It also includes a historical sketch of the school.

Antiquarian Notes – DATA CD – $34.50
This is a 952 page monumental work on the families, events, and places in the Highlands of Scotland. Produced in two volumes, the first is subtitled “A Series of Papers Regarding Families and Places in the Highlands”, and includes dozens of chapters on topics relating to families, including Simon, Lord Lovat; Allan Muidartach; Young Clanranald in 1745; the funeral of Lachlan Mackintosh, 1731; the cattle tocher of brides; the Castle of Urquhart; David Ross of Balnagown; the Baynes of Tulloch; the Mackintoshes of Connage; James Dunbar of Dalcross, ca. 1712; church patronage of the Gordons; Thomas Mackenzie of Pluscardine; combatants at North Inch of Perth in 1396; the Chisholms of Rhindonn in Urray; Lord Lovat; the Frasers of Phopachy; the Urquharts of Cromarty; the Fraser of Philorth; the church in Inverness; the Morays and Kinnairds; the Duffs and Grants; the Robertsons of Inshes. The entire work covers an enormous number of chapters relating to every aspect of the Highlands and its history over almost 800 years.

Volume 2, entitled “Antiquarian Notes, Historical, Genealogical, and Social: Inverness-shire Parish by Parish”, includes articles on Janet Ross, Lady Lovat; the Mackintoshes who lived in Fraser country; the MacLeans of Dochgarroch; the MacBeans of Kinchyle; the Gwynne family; the Grants of Glenmoriston; the Cameron-MacDonald fight; the MacDonalds of Sleat; the Mackinnons; the MacAlisters; the MacLeods of Bay; the MacDonalds in South Uist; the MacNeills of Barra; the MacPhersons of Cluny; the MacQueens; as well as material on the 35 individual parishes and on the families most prominently associated with them. This is an absolute treasure-trove of Highland history.

Chronicles of the Cochrans – DATA CD – $34.50
This title begins with an account of the Scottish Cochranes, the House of Dundonald, and the role of the Cochranes in such events as the Rye House Plot, the role of Grizel Cochrane, the Earls of Dundonald, and finally the settlement of Cochranes in Ireland and then on into the colonies. New England was their first destination, but then Pennsylvania and further west attracted them in hopes of a better life and more land. Many settled in what then was western Virginia, now West Virginia. Throughout the late 18th and the entire 19th century they were part of the history of this region of the United States. There is a full genealogical and historical account of their lineage. Of interest as well is an account of the McCord family which settled in this region.

3L E-Z Repositionable Dots (15m x 9mm) – Scrapbooking – $12.50
E-Z Dots is now new and improved, with a more durable liner and 15 additional feet of adhesive! Everyone can benefit from adding E-Z Dots to their adhesive collection. E-Z Dots dispenses translucent dots of repositionable adhesive that will simply come off at any time with a swipe of the finger!

Creative Imaginations Sepia Die-Cut Journaling Frames – Scrapbooking – $13.00
A collection of 17 die-cuts consisting of headings and journalling boxes, this pack is part of the “Sepia” collection from Creative Imaginations. Each with a unique vintage style to it, they are printed on cream card, with brown ink. Journalling cards are an easy addition to any heritage page or album, and can really change the look of a page.

Creative Imaginations Sepia Die-Cut Oval – Scrapbooking – $3.50
An item in the Creative Imaginations “Sepia” range, this die-cut oval frame it actually two items in one. Punch-out the middle and you have a journalling box, while the outside is a beautiful cream and sepia coloured frame.

Creative Imaginations 12×12 Remember Ledger – Scrapbooking – $3.50
This is a paper in the Creative Imaginations ‘Sepia’ range of products, and is a beautiful paper that is ideal to do journalling on. With a title saying “Writing it down here so I won’t forget all of the little details”, together with a big “Remember” this is made for memoirs. Printed on 12″x12″ die-cut cream coloured paper, with brown ink, this is a lovely paper to use in any heritage album. So start writing down your history. 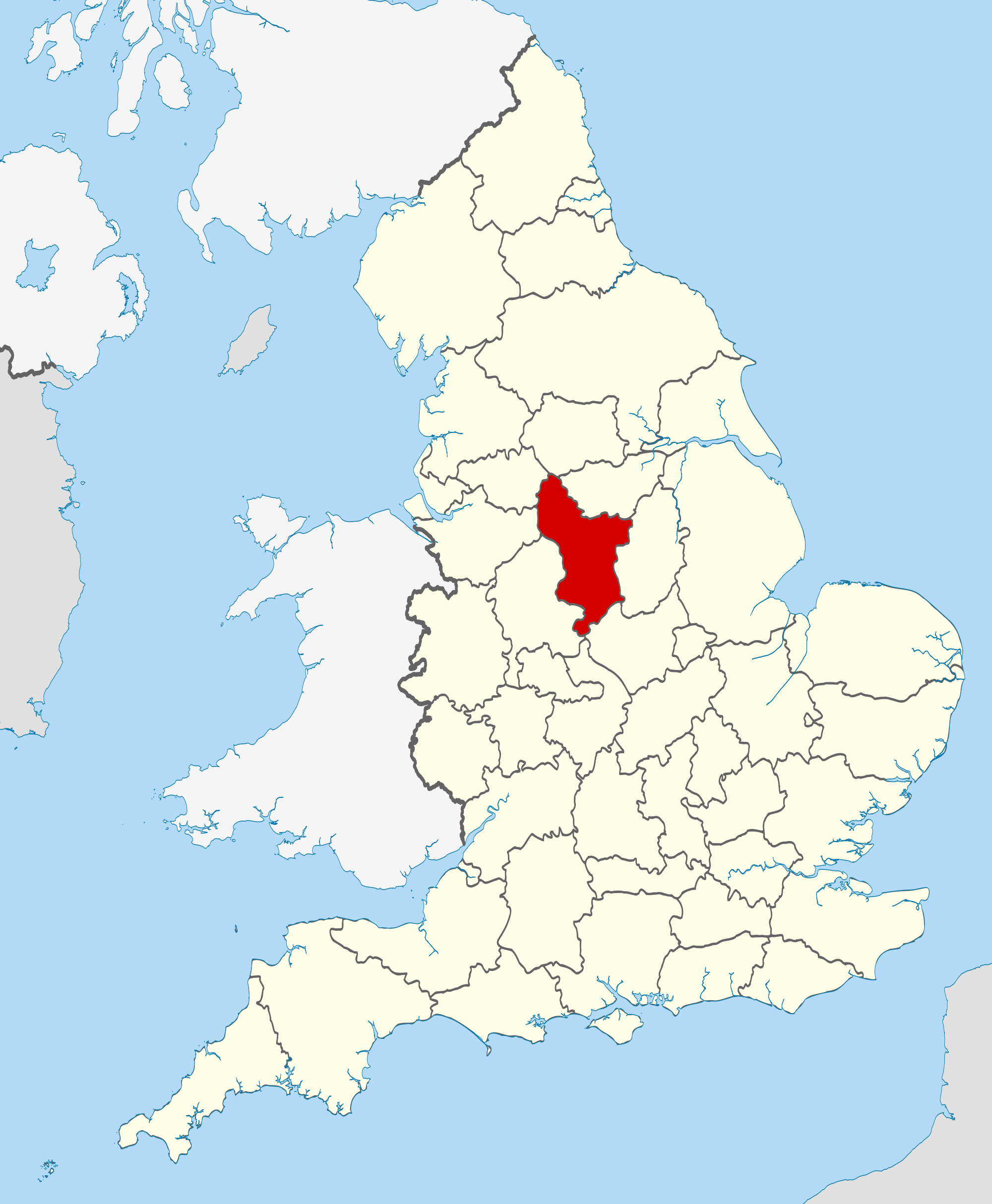 GEDCOM … What is it? and why is it important?