FamilySearch, formerly the Genealogical Society of Utah, has just celebrated its 125th anniversary. Over the many years, this non-profit, volunteer-driven organisation, has grown to become the largest genealogy organisation in the world. 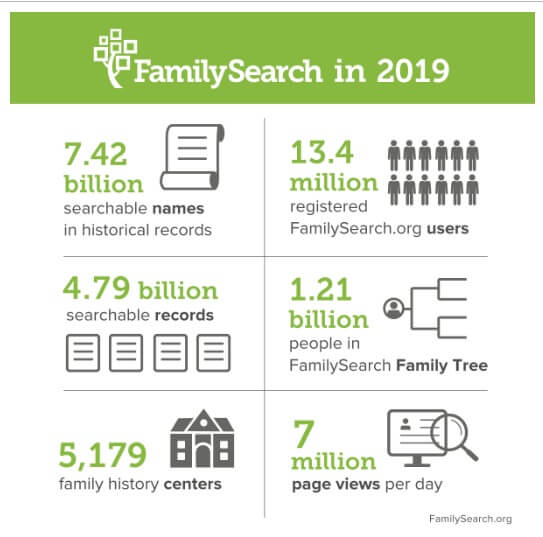 What’s more is that what began as a small US state family history society over a century ago, has evloved into an organistion that has changed to way people do family history. When the first members got together, they would have had no idea that their organisation would one day help millions of genealogists from across the globe.

“What started out as a small conservator of genealogical books has morphed today into a full complement of free online services in 10 languages, including a collaborative family tree, billions of searchable historical records, the ability to digitally preserve family memories (stories, photos, audio files, and documents), online help, and ever-expanding partner relationships” said Stephen Valentine, senior vice-president of FamilySearch International.

The Genealogical Society of Utah was established on November 13, 1894, under the direction of Wilford Woodruff, the fourth president of The Church of Jesus Christ of Latter-day Saints with the purpose of the society being to help its members (who were predominantly immigrants from Europe) to gather genealogical records from their homelands so they could remember and build their ancestral connections. 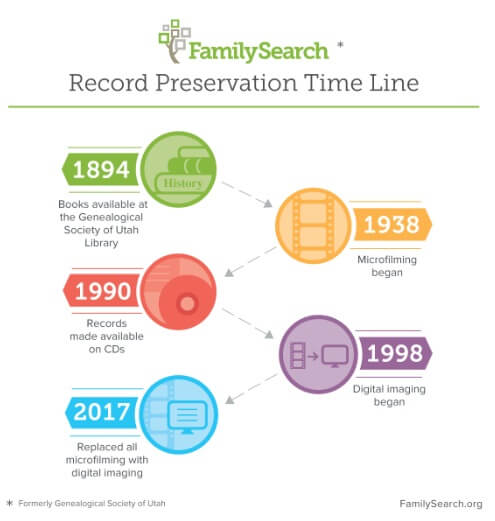 FamilySearch began microfilming historical records in 1938. Sixty years later, in 1998, it started digitising the microfilm and is now a powerhouse organisation in the genealogy world.

With over 7,000,000,000 (that’s right 7 billion) records already online and searchable, from over 4 billion records … and with millions moe added EVERY MONTH, it truly is a MUST GO TO site. And then there’s all the images that are not yet indexed, but you can still browse!! And remember it is all TOTALLY FREE.

Steve Rockwood, CEO of FamilySearch, said the organisation has not been alone on its journey. He credits success and longevity to the involvement of a growing community of partners — innovative tech companies, archives, governments, societies, and other entities.

Happy 125th Anniversary FamilySearch, and we look forward to innovations and records during the next 125!!

Support Movemeber By Showing Off Your Ancestors

52 Weeks to Better Genealogy – the Series