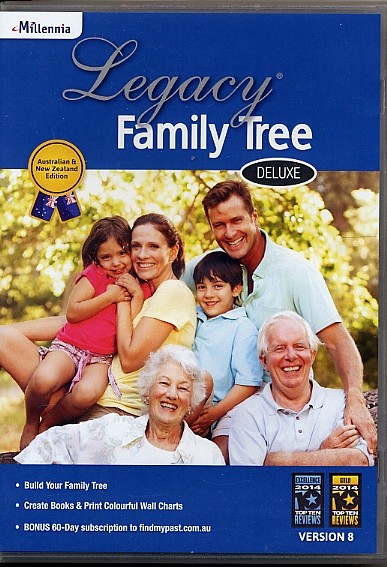 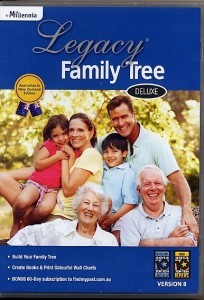 After many, many months of waiting we finally received our first supplies Legacy Family Tree 8 Deluxe Australia/New Zealand Edition last week. As expected this gave our orders department a busy few days posting them out to everyone who had pre-ordered copies.

Now that customers are receiving their programs and installing them, they’re finding an issue in that their Legacy Deluxe program is installing as the Legacy Standard program, and that it is asking for a Licence Code.

Firstly, there is no licence code needed. It is meant to install as the full Legacy Deluxe.

So if you are having issues with your Legacy Deluxe program only showing as the Legacy Standard edition here’s the steps you need to take:

1. Uninstall Legacy 8 Standard (also the Deluxe version if that is on your computer as well).

2. Then reinstall Legacy 8 Deluxe Aus/NZ from the CD.

3. And then check for updates on Legacy 8, and run that.

Based on customer feedback, following these steps will get you over this issue.