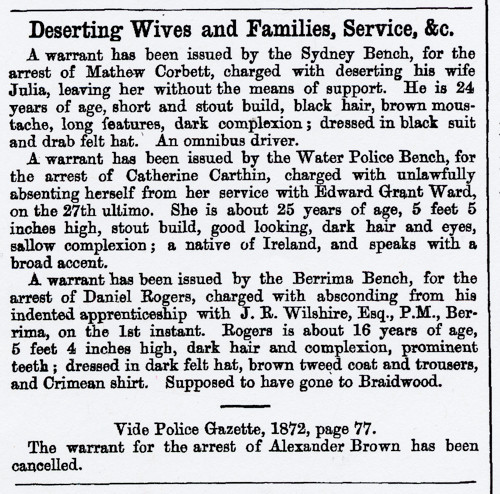 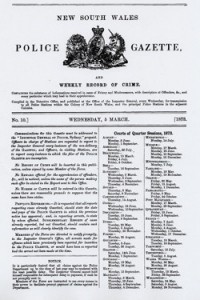 Do you find it interesting to read what the news was back on ‘a particular day’? I do, and I’m sure many of you have done so too. You may have on Trove, on the British Newspapers site, or any number of other sites. Well, today I decided to have a “look back at history” by finding an issue of the New South Wales Police Gazette’s that was printed “on this day” (March 5th), and see what made the police news way back then.

So today we’re taking a look at the New South Wales Police Gazette that is dated 5 March 1873 – that’s 141 years ago today! And I’ve chosen a few articles to highlight from it. Anyone who is familiar with the police gazettes will know the amazing collection of articles/events that are mentioned throughout each issue – much of which you won’t find reported elsewhere, so my hard part is choosing what to include from the 8 pages in this issue.

The images have been taken from the scans that have been done by Archive Digital Books Australia. They have scanned many of the Police Gazettes, and not just New South Wales ones. Although they vary a bit from state-to-state and over time, in the New South Wales Police Gazettes you’ll find information such as court lists, lists of warrants issued, appointments and changes in the Police Service, lists of arrests and discharges (which include physical descriptions on the persons), escaped prisoners, and missing persons … even lost and found items. And notices from Police Gazettes from other states are also often included.

Below are a few sample entries, and as you can see they contain a wealth of information. So if you have never looked at the Police Gazettes, add them to your list to check out. They really are a rich source of information. 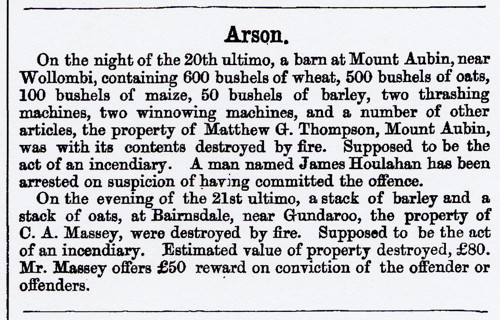 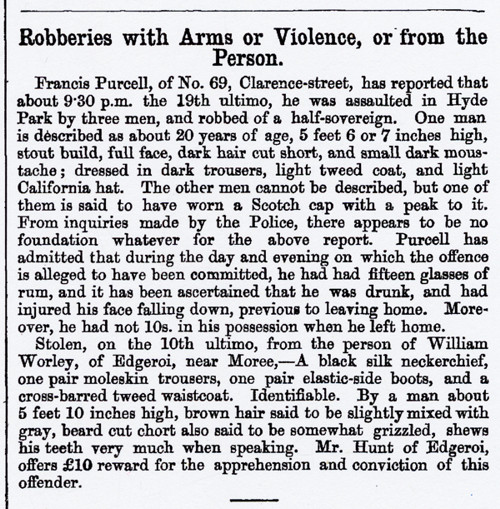 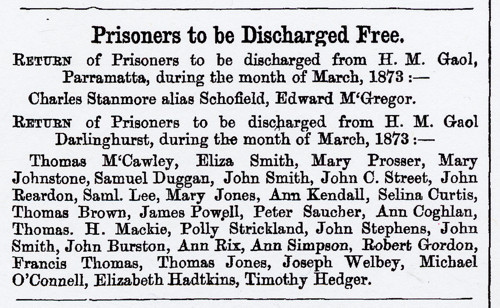 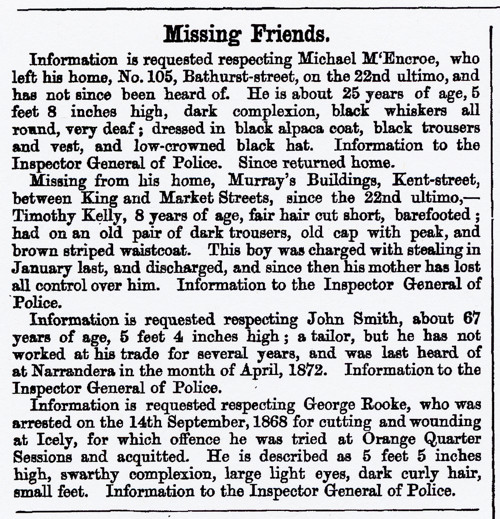 Here are links to the Police Gazettes that are available on CD-ROM:
New South Wales
Queensland
South Australia
Tasmania
Victoria

And if you’re after records online, you can find some of them on findmypast Australia, and Ancestry Australia. 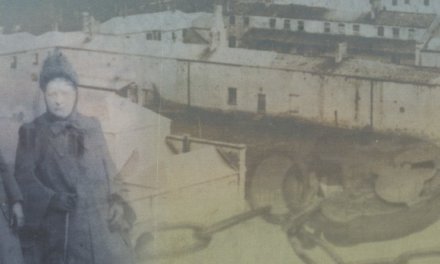