Can you believe that it is six months since I did my first blogpost containing news from local history and genealogy groups and societies … already. I hope you are finding these of interest, both in reading and in us helping to promote your local group.  I know I’m finding it interesting hearing what groups are doing with events, publications, grants or anything else.

So here is the latest collection of news from Australian genealogy, history and heritage groups. This covers  news from any group, society, museum, archive office throughout Australia. Some of the following news articles have been submitted to us, while others have been found from websites, newspapers and other articles.

We love promoting genealogy and history throughout Australia and the smaller groups are just as important as the big state societies. So if you have news, events, need help or donations, or just have a request please advise, we’d love to hear.

NEW SOUTH WALES
Coffs Harbour – Coffs Harbour Museum gets a new home
The Coffs Harbour Regional Museum will soon have a new home after the local council bought the local heritage listed police station and courthouse. The council successfully bid $800,000 at a weekend auction of the Harbour Drive site. Mayor Keith Rhoades says efforts have been made to find a new home for the museum since it was flooded in March last year. He says the building should be ready for occupation in early December. You can read the full report on the ABC News online.

Queensland
Edge Hill – Cairns Historical Museum
The Cairns suburb of Edge Hill has a fascinating history that many people may not remember. From a Sikh crematorium to Chinese market gardens, the history is rich. The area also played an important role during WW2 with the construction of fuel tanks and also a US army base. To see a few photos in this collection, have a look at this story on the ABC Brisbane site. If you have more from this area the Cairns Historical Museum would love to hear from you.

Toowoomba – Cobb and Co. Museum reopens
The Cobb and Co Museum has just reopened after undergoing an $8 million redevelopment. Fourteen months in the making and has almost doubled the museum’s size. This redevelopment has completely transformed the Cobb and Co Museum with every gallery being totally redesigned, and features a unique heritage trades training complex that will breathe new life into traditional skills from Queensland’s past, as well as a new interactive gallery to showcase Australia’s National Carriage Collection and the legend of Cobb and Co. Coaching. For more on this you can read about it in The Chronicle or the ABC News Online. 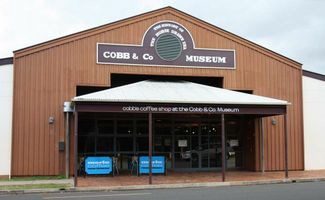 SOUTH AUSTRALIA
Adelaide – Migration Museum request for information
The Migration Museum has launched an exciting new project called ‘Hostel Stories’. The aim of the project is to collect records of migrant hostel life, which will culminate in an exhibition in 2013. Thousands of migrants passed through SA’s migrant hostels (Elder Park, Gepps Cross, Glenelg, Rosewater, Pennington/Finsbury, Smithfield, Willaston and Woodside) from the 1940s to the 1980s. The hostels were temporary homes to a wide range of migrants, from Displaced Persons and refugees, through to Ten Pound Poms. The opportunity to gather first-hand accounts of day to day life in the hostels is diminishing as the years pass by. This project will help ensure that the memories are captured for future generations. The Museum is keen to hear from people who would be willing to be interviewed and loan, donate or have relevant material scanned. Please complete the registration of interest form, or phone (08) 8207 7570.

Hahndorf – Stories of Hahndorf project
The Hahndorf Academy has been busy collecting oral histories of long standing Hahndorf residents to add to its Stories of Hahndorf Project. Many of these people have been living in the district for several generations, and so have a very strong connection to the town. Local resident, 81 year old Gordon Kramm has kept a diary for the last 68 years. His recollections were recently added to the Project, and tell of the changing face of the town.

Hahndorf – History panels tell of the towns heritage
Hahndorf historian and author Reg Butler, has just completed new research on the early history of settlement in the area, from the time of the Peramangk people. His work will be featured on seven panels – made from weatherproof and vandalproof aluminium – to be installed along a walkway at St Paul’s Lutheran Homes in Hahndorf. They are scheduled for unveiling in mid-October.

Kadina – Kadina World War I Memorial Arch Updated
Kadina Memorial High School has received a ‘Saluting their Service’ grant from the Department of Veterans’ Affairs, enabling the restoration of the school’s World War I memorial archway, which included making two new entries on it. The names of two local nurses who served, Maud Gurner and Lorna Simon have now been permanently etched so as to be remembered for their contribution to service.

Meadows – Meadows Primary School Centenary
The Meadows Primary School centenary reunion will be held on October 31, 10am-5pm. The school is seeking all past staff and students, as well any class photographs. Register your name and contact details with Allan (Midge) Hartwell (08) 8388 3238, Murray Hartwell (08) 8381 9302 or mpsreunion@meadowsps.sa.edu.au.

Renmark – Paddle Steamer ‘Industry’ Centenary Celebrations
April 1-3, 2011 is when the centenary celebrations for the Paddle Steamer ‘Industry’ will be held on the Renmark Riverfront. The committee is seeking photographs, information and memorabilia on the historic, fully-restored and operational paddle steamer ‘PS Industry’. Any paddleboats between Renmark and Goolwa that are interested in participating should contact Massey 0438 412 826 or PO Box 292, Renmark, SA 5341. For info of the weekend’s events contact Sandra on (08) 8595 5565.

South Australia – Austin 7 Club of SA request
The Austin 7 Club of SA is searching for films and photos relating to any Austin 7 Club events held over the past 50+ years. Copies will be made and the originals returning. If you can help out please contact Ralph Drage (08) 8251 2637. If you’d like to know more about this club visit their website. 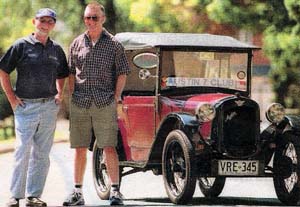 VICTORIA
Carlton – Melbourne’s Italian Museum
Australia’s first museum dedicated to the celebration of Italian-Australian history and culture is about to be opened in Carlton. The $1.45 million Museo Italiano Cultural Centre at Carlton – which includes a museum and cultural centre – will be launched with a street party attended by Premier John Brumby on Sunday, 3rd October.  More information can be found in the Melbourne Leader.

Geelong – Geelong Heritage Centre Cycling Exhibition
Geelong will host the 2010 UCI Road Cycling World Championship. Each day during the UCI Road World Championships, the Geelong Heritage Centre will be open for the public to visit (no admission charge). Centre staff will be available to assist visitors with questions about the history of Geelong and the Barwon Region, carry out their own family history research or discover more about the history of Geelong. The Heritage Centre will also have a special exhibition of historic photograph images and collection items telling the story of the history of cycling in Geelong. Extended opening hours Wed 29/9 10.00-7.00pm, Thu 30/9 10.00am-7.00pm, Fri 1/10 10.00am-7.00pm, Sat 2/10 10.00am-7.00pm, Sun 3/10 10.00am-6.00pm.

Celebrities Revealed for Who Do You Think You Are? Australia Season 4 (2011)