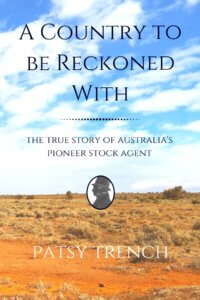 In the 19th century, Australia went from a penal colony struggling to survive to a thriving, prosperous community with a glowing future.

A larger than life character with a booming voice and a fondness for quoting from classic poets, ‘GM’ as he was known, began as a working farmer on the Hawkesbury and went on to become an auctioneer, landowner and founder of one of Australia’s first and best-known stock and station agents, Pitt, Son & Badgery. A friend to everyone bar politicians, ‘GM’ had close family contacts with Aboriginal people and even closer connections with convicts.

Now his great great granddaughter, a Pom based in London, sets out to tell the story of this remarkable man and the extraordinary country he lived in: a land of indigenous Australians, squatters and swagmen, convicts and free settlers, battlers, chancers, explorers and entrepreneurs. These were the men and women who transformed Australia from what had been considered by westerners the worst country in the world to a country to be reckoned with.

This publication is available as a paperback book or as an ebook through.