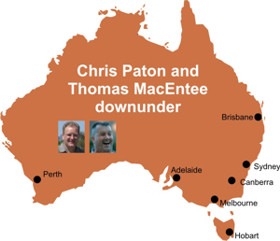 Australia’s Unlock the Past has organised unique events in Australia and New Zealand since 2010. Their events include genealogy expos, roadshows, cruises, and more some specialised meetings from time to time. To help with future events they rely on feedback, so after each event they send out a survey which allows attendees to give feedback on numerous facets of the event.

Those who attended the recent Chris Paton-Thomas MacEntee Downunder Tour around Australia were invited give feedback as well, on the venue, on the talks, and on some general genealogy queries. It is those extra genealogy questions that we have the stats for here, and wanted to share as they give some very interesting results. 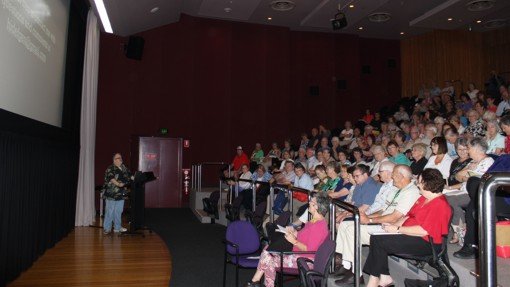 Thomas MacEntee speaking to the crowd at Perth

The following is the report from Unlock the Past …

Nearly 700 people attended the February 2014 seminar tour by Chris Paton (Scotland) and Thomas McEntee (United States) to seven Australian capital cities. Thomas and Chris were the lead presenters on the 4th Unlock the Past history and genealogy cruise, but took the opportunity to reach a much wider audience in Australia with whistlestop visits to each of the cities. The cities visited (in order between 1 February and 15 February) were Brisbane (126), Canberra (81), Melbourne (120), Adelaide (83), Hobart (37), Sydney (81) and Perth (167). Numbers in brackets were registered attendees. Perth was the standout numbers wise, but it also rated equal highest with speakers/presentations and was the only venue that received 100% positive rating. It was great to see 37 at the Hobart seminar, especially as this only had local publicity very late – and it is the first time Unlock the Past has ever run an event in Hobart.

Here is a summary of the feedback from the survey we conducted after the seminar. Survey invitations were sent to the 629 people we had emails for. Of these, 281 (45%) responded, giving a good snapshot not only of how the seminars were received.  There were criticisms and commendations as well as constructive suggestions of how to do better in future. We are reviewing these and will take on board what is realistic for us to change in future. But also on a number of other questions we put to attendees.

How do you rate speakers and presentations overall? – 59% rated them excellent, 33% very good and 7% good – 99% in all rating them positively. The remaining 1% would have mainly been due to the fact that Thomas had to withdraw from the Melbourne seminar because of illness on the day, disappointing some who had come to hear him specifically.

How useful is the supporting exhibition? – a modest exhibition was held in each city, exhibitors included seminar partner societies and libraries as well as Unlock the Past and other supporting partners in some cities. 93% of attendees rated the exhibition very useful or useful. None rated it “no interest in the exhibition”. 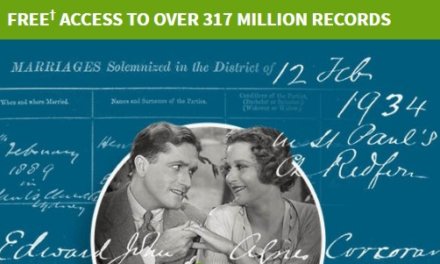 Unlock the Past Cruises has a Genealogy Cruise for Everyone