﻿There has been a number of big announcements at RootsTech over the past few days, and this was certainly one of them.

In the most anticipated family history development since the online publication of the 1939 Register (at least for those with UK roots), Findmypast has been selected as The National Archives’ commercial partner to make the 1921 Census of England & Wales available online.

Taken on 19th June 1921, the census consists of more than 28,000 bound volumes of original household returns containing detailed information on close to 38 million individuals, and it provides greater detail than any previous census as, in addition to the questions asked in 1911, the 1921 returns also asked householders to reveal their place of employment, the industry they worked in and the materials they worked with as well as their employer’s name.

The 1921 Census also included detailed questions on education, and was the first in which individual householders could submit separate confidential returns. Those aged 15 and older were required o provide information about their marital status, including if divorced, while those under 15 recordd whether both parents were alive or it either or both had died.

The project will see Findmypast capture digital images and transcribe the records in a way that will enable family historians across the globe to conduct meaningful searches of these important records when they are opened for the very first time.

Tamsin Todd, CEO of Findmypast, says: “This announcement is important for all family historians tracing their ancestors living in Britain in the early twentieth century. It provides a fascinating snapshot of how people lived and worked in the years following World War 1, and it’s all the more important because there’s no surviving census for the next two decades until 1951.”

Neil Curtis, Finance and Commercial Director at The National Archives, said: “This is the most significant digitisation project The National Archives has undertaken to date, with the 1921 census containing detailed information on close to 38 million individuals. As home to more than 1,000 years of history, we are delighted to be working with Findmypast to open up this unique record collection to the world.”

Pete Benton, Census Operations Director at The Office for National Statistics, said: “The 1921 Census records are a unique opportunity to uncover details of how your family lived and worked in a period of massive socio-economic change in post-World War One Britain. They give greater detail than any previous census and are eagerly anticipated by genealogists the world over. At ONS, we keep census records under tight security for 100 years and we are very much looking forward to enabling this invaluable source of history to be made available to the public in January 2022.”

Work has already begun on the massive digitisation project, and Findmypast announced that it will be published online by Findmypast in January 2022. So we have less than 3 years to wait!! 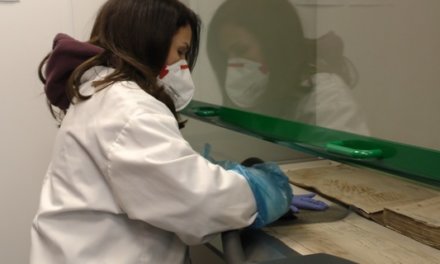