I first wrote about the Bigraphical Database of Australia (BDA) about 3 years ago when they launched with 500,000 records. You can read about that here. Since then they have been growing steadily, and I’ve just received the following announcement from the them  …

“We are pleased to advise that in recent days new datasets, listed below, were added to the BDA website, www.bda-online.org.au. This has added 250,000 records to the  database.

There were many people who received one or more Tickets of Leave and lastly a Certificate of Freedom.

We are working on a program to link a person’s two data types and hope to have that facility working in very early 2017. We are also working on Advanced Search which will become available we hope in the next six months.

The Biographical Database of Australia is a subscription site, but a certain amount can be viewed for free, (including the indexes), and the cost for a personal subscription is just $30 per year, and they now also have Society and Library subscriptions available. The BDA is non-profit so they keep the subscriptions low, but do need to cover their costs. 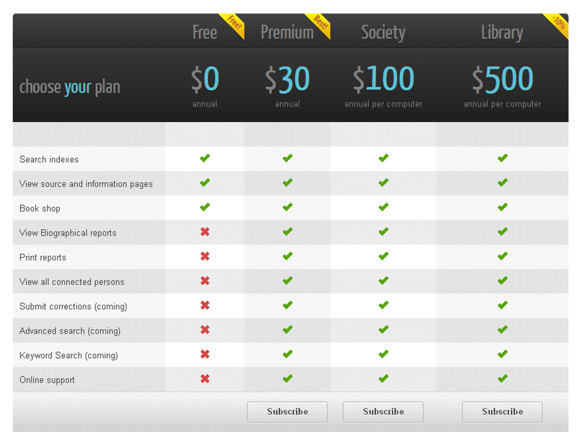 Past Subscribers whose subscription has lapsed are encouraged to re-join to assist the Project financially. If you renew, your year’s subscription will start from the date you renew.

Do yourself a favour and check out this amazing Australian resource.