For those in the US, the wait is almost over for the new US season of the ever popular “Who Do You Think You Are?” tv show. Now into it’s eight season, the series continues to deliver unbelievable stories from crucial moments in history, including a number of firsts for the series, such as a male witch hunt, and traveling to Portugal, Sweden and Ellis Island.

The list of celebrity participants have been announced as Aisha Tyler, Scott Foley, Lea Michele, Chris Noth, Katey Sagal, and Molly Ringwald. Follow the journey of these six American celebrities as they discover their family hsitory.

Aisha Tyler (actress, comedian, author, producer, writer, and director) – tracks down her 2x great-grandfather, whose story has been lost over generations, and uncovers an astonishing tale of a prominent ancestor whose struggle to keep his illegitimate son a secret made headlines.

Chris Noth (actor) – learns his ancestors suffered during one of the greatest catastrophes in American history, and a relative who fought in one of the bloodiest battles of all time.

Katey Sagal (actress and singer-songwriter) – is shocked to learn of her family’s Amish roots, and digs deeper as she realises the level of dedication to their faith.

Lea Michele (actress, singer, and author) – nails down where her mysterious paternal ancestors came from, and learns of the dire economic circumstances they endured while trying to emigration to the U.S.

Scott Foley (actor, director and screenwriter) – finds a relative who risked his life for one of America’s founding fathers, and an ancestor who suffered unspeakably during on of the nation’s darkest times.

Ancestry is teaming up again with TLC as a sponsor of the upcoming season. As part of the show sponsorship, Ancestry provides exhaustive family history research on each of the featured celebrities to help make discoveries possible and build out the story of each episode.

If you’d like a sneak peek of the upcoming season, you can watch the trailer video here, and you can view episodes and behind the scenes footage from past episodes on the TLC Who Do You Think You Are site. 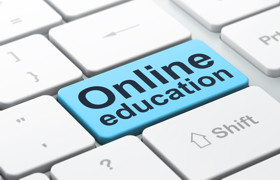 Genealogy: Where Can I Learn More?