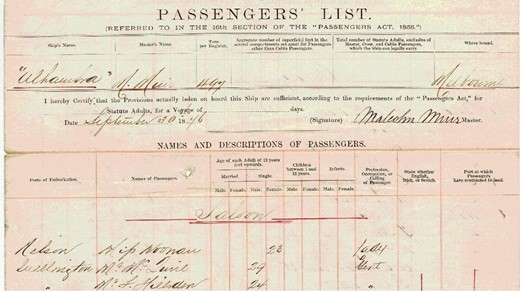 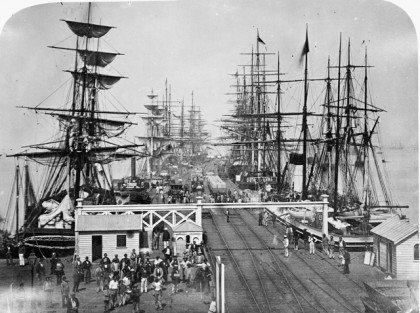 Passenger lists are one of the key sources that every researcher aims to find. To discover the when and where you ancestors immigrated to, and from where they came from. It helps piece things together.

Now thanks for a agreement between Findmypast and the Public Record Office Victoria (PROV), millions of historical passenger lists from Victoria are being published online for the first time.

Leading family history website Findmypast has secured the rights to publish original petty session records and passenger lists from Victoria. In partnership with Public Record Office Victoria (PROV) and FamilySearch, the original images of these extensive collections will be scanned and transcribed for the first time.

Never before microfilmed or indexed, the collection of Victoria’s Coastal Passenger Lists 1852-1924 will be brought online to Findmypast.com.au later this year. Comprising both original images and transcripts of an estimated 118,000 records, these passenger lists provide a vivid snapshot of immigrants and travellers alike arriving in Victoria’s coastal ports.

Family historians using these invaluable records will uncover details of their ancestors’ passage to Australia, as well as biographical information. Covering the 1850s onwards, these records capture the mass immigration into Victoria in the historic gold rush era, which fuelled one of the most dramatic population booms in Australian history.

“The colony’s population multiplied by sevenfold during the 1850s alone. These records uncover the voyages of many of those who flocked to Victoria to take a gamble on the goldfields – along with hundreds of thousands of immigrants right through to the 1920s.”

While there are millions of Victorian passenger records already indexed and on Findmypast, not all the images are there, and that’s what will be coming over the remainder of the year.

Searchable for free, to view the images you will need either a subscription to Findmypast.com.au, or a World Subscription through any of the Findmypast sites.

Search now:
Victoria Outward Passenger Lists 1852-1915
Learn more about your ancestors and their movements by tracing their journeys to ports across Australia and around the world.

Victoria Inward Passenger Lists 1839-1923
Discover when your ancestors arrived in Victoria on these passenger lists and uncover more about their journey to Australia.