Call them criminals, convicts, black sheep or even “Australian Royalty” – having a criminal or convict in the family is exciting news for a researcher or genealogist. It adds a touch of excitement to the family, as well giving you some interesting stories.

The records cover the period 1779-1936, with many revealing ordinary and extraordinary stories of criminals, victims and law enforcers from the criminal history books. The records include mugshots and coloured images of historical records, as well as detailed accounts of Victorian serial killers, notorious executioners, and the only assassination of a British Prime Minister.

Australian Convict Conditional and Absolute Pardons 1791-1867
Containing nearly 27,000 records, the Australia Convict Conditional and Absolute Pardons 1791-1867 list the details of convicts pardoned by the governor of New South Wales and date back to the earliest days of the colony. Pardons were generally handed out to convicts serving life sentences but in the earliest years of the colony the Governor had the power to grant both free and conditional pardons as rewards for good behaviour, for special skills or for carrying out special duties or tasks. Each record contains a transcript and an image of original documents. As well as listing the names of pardoned convicts, the records also include the name of the ship they arrived on, the term of the sentence they served, any additional notes, and details of their release.

New South Wales Registers of Convicts’ Applications to Marry 1825-1851
The collection of New South Wales Registers of Convicts’ Applications to Marry 1825-1851 contains over 26,000 records. Convicts in Australian penal colonies were actually encouraged to marry as Governors believed that marriage and family life were good for both morality and stability. Convicts who did obtain the Governor’s permission to marry could apply for tickets of leave or pardons as well as assistance in establishing a household. In the early years of the colonies, many convicts married even if they had wives or husbands back home. Each record contains a transcript as well as an image of the original document. Registers list the convict’s name, the name of their spouse, their profession and the length of their sentence as well as the sip they arrived on and when they were given their freedom. 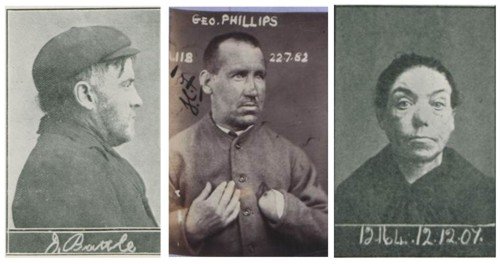 Australian Convict Ships 1786-1849
Containing over 188,000 records, Australia Convict ships 1786-1849 dates back the ships of First Fleet and include the details of some of the earliest convict settlers in New South Wales. The records are made up of five separate sets of musters and indents held by the State Records Authority of New South Wales. Indents records were used in the early settlements to keep track of the convict population while musters lists of who was on board a ship were taken at the port of embarkation. Each record contains a transcript and a black and white image of original documents. Indents can include a variety of information about individual convicts such as their native place, details of their offence and sentence, a physical description and details of their family members. Musters usually only give a name, date and place of trial and sentence. Musters were also taken after disembarkation.

Victorian Prison Registers 1855-1948
Over 7,000 records have been added to their collection of Victoria Prison Registers 1855-1948. The new additions are taken from the Central Register of Female Prisoners, held by the Public Record Office Victoria. The register kept a record of prisoners that passed through Pentridge prison in Coburg, Victoria. Pentridge was built in 1850 and was the central prison in the Melbourne region from about 1860. Each record includes a transcripts and scanned image of the original registers and many include mugshot photographs of individual’s prisoners. They list fascinating details about not only the prisoners’ offences, sentences and incarceration, but also biographical information such as their name, date of birth, country of origin and occupation. Remarks on the register may also include the name of the ship on which the prisoner arrived if they were not born in Australia.

The records include records from criminal lunatic asylums, Central Criminal Court, prison registers and the Newgate Prison calendar among many others. The release marks the beginning of Findmypast’s Crime and Punishment month: four weeks of records, guides and stories to help you discover your family’s criminal history. Full details of the records just released, and throughout the rest of the month can be found at http://www.findmypast.com.au/convicts-crime-punishment.

So if you want to find out more about your criminal and convict ancestors, or simply want to find one – head on over to Findmypast and check them out.