Unlock the Past Cruises Exhibits at RootsTech 2015 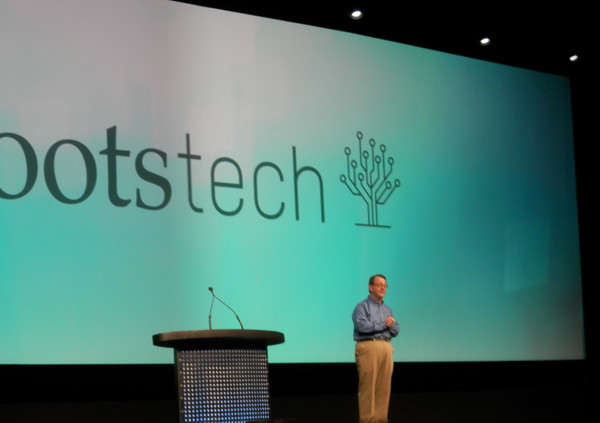 RootsTech is easily the biggest genealogy event in the US, and with an estimated 10,000-15,000 people expected at this years event, it could possibly the largest in the world, with only UK’s Who Do You Think You Are? Live rivaling it.

RootsTech is organised by FamilySearch, and is held in Salt Lake City (the heart of genealogy), and this is one of those events that attracts people from all around the world (including Australia).

This years RootsTech is expected to be bigger than ever, as they are actually combining with the FGS Conference and holding two conferences (almost) simultaneously in the same venue. This allows delegates to attend the talks that are organised by RootsTech, or those put on by the Federation of Genealogical Studies (FGS). Between the two conferences there are a total of 326 talks scheduled over 4 days, and these cater from beginner level right through to advanced, so there really is something for everyone.

The Expo hall is being shared by both conferences, and to say it is enormous is an understatement. This year they even moved it to a larger part of The Salt Palace so they could accommodate more exhibitors. With one-on-one help, a scanning booth, the cyber cafe, the media hub,the demo theatre and that apart from the hundreds of exhibitors … there’s so much to see!!

You can get a little of the feel for it, by checking out the Expo Hall map.

I am pleased to say that Unlock the Past Cruises (our sister company) will flying the Australian flag, both figuratively and literally, as they’ll be there exhibiting. And I’ll be there helping out on the stand.

So next week I’ll be hopping on a plane for a very long flight over to SLC, to help out at the stand  So anyone who is coming to RootsTech/FGS please do stop by the Unlock the Past stand and say hello, I’d love to meet you. And by the way we do have some totally fabulous genealogy cruises for anyone that is interested.

Below are a few photos from when they exhibited at RootsTech in 2013 – the Aussie flag really was a hit, with many wanting their photo taken in front of it! 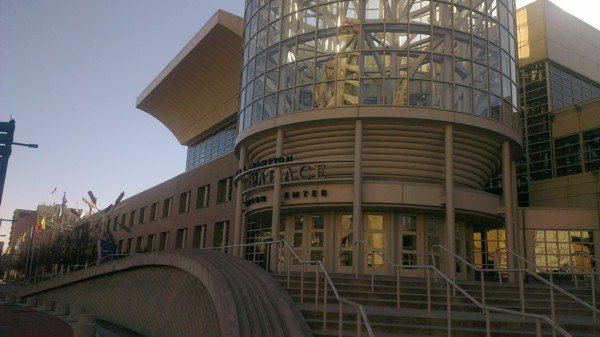 the Salt Palace where RootsTech is held is ENORMOUS!! 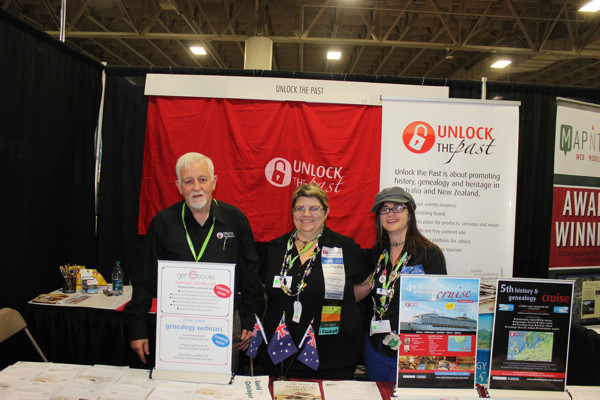 the team from Unlock the Past at RootsTech 2013: Alan Phillips, Helen Smith and Alona Tester 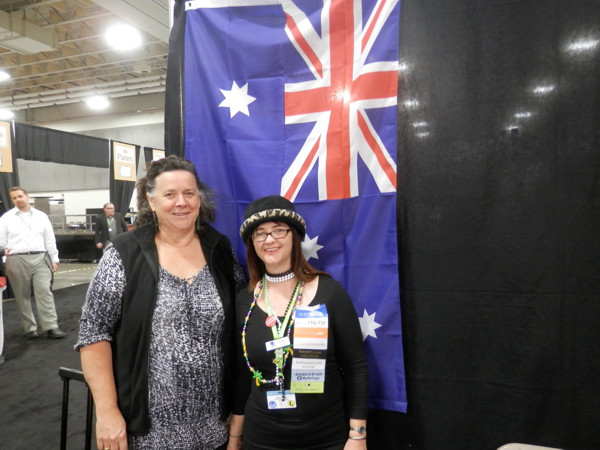 NZSOG President, Michelle Patient and Alona Tester from Gould Genealogy/Unlock the Past Cruises

For more photos from RootsTech 2013, please check out my earlier posts:
– Meeting the Suppliers at RootsTech 2013
– A Few Highlights from the RootsTech Exhibitors

It’s not too late to book for either or both of these events. And it is truly a memorable experience that you won’t forget.

Knowing how chaotic travel, and exhibiting is, I think it’s safe to say there will bee less blog posts here for a bit, which are likely to be followed by lots of photos! But I’ll do my best and try to keep you all updated on Facebook shall blog when I get the chance.

Be a Part of the Find A Grave Community Day 2015 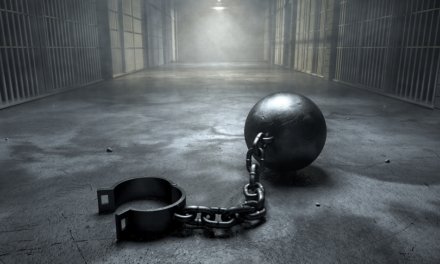 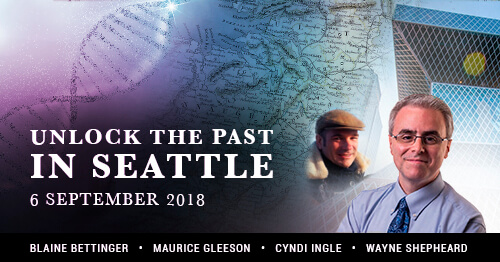 ‘Unlock the Past’ Heads North to Seattle, USA