If you’d have any World War 1 project that you or any organisation youre involved with, that you’d like mentioned here, please send an email to Alona at inquiries@gould.com.au.

A WORLD AWAY – SOUTH AUSTRALIA’S WAR
http://southaustraliaswar.com.au
When war broke out a world away in Europe, South Australians could not have imagined how it would impact their lives. A World Away documents the experiences of South Australians in their own words – through diaries, letters and newspapers – and in real time, 100 years after the events. Come on a journey with us, month by month, as we delve into the lives of South Australians on the front lines and the 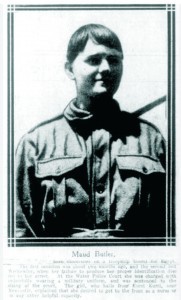 ANZAC: HER STORY
http://www.theherald.com.au/story/1622424/soldier-disguise-in-womans-war-effort/
Newcastle-based historian Dr Victoria Haskins has been awarded the NSW Centenary of Anzac Commemoration (2014-2018) History Fellowship, valued at $20,000. Dr Haskins’ project explores the diverse and distinct ways in which the Anzac experience and World War I impacted on the lives of NSW’s women.

One of the women she’s researching is that of Maud Butler, of Kurri Kurri. Maud was so desperate to be part of World War I she disguised herself as a soldier and stowed away on a boat headed for Egypt. She had attempted to register with the Red Cross as a nurse but was turned away and so desperately tried to force her way into the fold.

BEYOND 1914: THE UNIVERSITY OF SYDNEY AND THE GREAT WAR
http://beyond1914.sydney.edu.au/
is an extensive, searchable database of biographies and archival information about members of the University community involved in the First World War.

Built on the legacy of information provided to the University between 1915 and 1938 by more than 2000 former staff, students, graduates and their families (later published in the University’s Book of Remembrance), Beyond 1914 features insights into the lives of these men and women before, during and after the war.

CITY OF ARMADALE (WA) WW1 PROJECT
Linton Reynolds is the person who is behind a WW1 Project which to aims record those who “were born in, lived in, or whose next of kin lived in the district known as the City of Armadale”.
For further information about the project, or if you have something you’d like to share information please contact lintonreynolds@bigpond.com.

CITY OF CANNING (WA) WW1 PROJECT
This is another of Linton Reynolds’ projects, and although not as comprehensive as the one covering Armadale, it is no less important. For further information about the project, or if you have something you’d like to share information please contact lintonreynold@bigpond.com.

GALLIPOLI AND BEYOND 1915-2015
http://www.boroondara.vic.gov.au/our-city/arts-culture/gallipoli-and-beyond
On 25 April 2015, Australia and New Zealand will commemorate the centenary of the ANZAC landings on the Gallipoli Peninsula in Turkey. Gallipoli has special significance to many Australians. For the families of those men and women who served at Gallipoli, and in the many other battles and campaigns of the First World War, the 2015 commemorations are particularly poignant.

In light of this, a volunteer based committee, consisting of Friends of the Boroondara Cemetery, several Boroondara historical societies and local RSLs, has been formed to organise commemorative centenary activities. In partnership with City of Boroondara, this committee will develop a range of centenary events and activities that will promote historical, social and cultural understanding and consciousness of this historic event.

GALLIPOLI DEAD FROM WESTERN AUSTRALIA
http://gallipoli.wags.org.au/about/who-died-at-gallipoli/
Sponsored by the Western Australian Genealogical Society (WAGS), this collaborative Project, proposed and coordinated by Shannon Lovelady, is to identify the Western Australians who were born in, or enlisted from Western Australia, and died as a result of the Gallipoli campaign. The WAGS WA Special Interest Group members and others are generously giving their own research material, and volunteers are giving their time and experience to verify the list of soldiers, ten men at a time. This project will be complete by the Gallipoli centenary, 25 April 2015. If you would like to be a part of this project please email gallipoli@wags.org.au or the WA SIG at wasig@wags.org.au.

ILLAWARRA REMEMBERS 1914-1918
http://illawarraremembers.com
The Illawarra Remembers project has been funded by the State Library of NSW and the Library Council of NSW, and is being coordinated by Wollongong City Libraries in partnership with the Illawarra Family History Group, Kiama Library, Shellharbour City Libraries and the University of Wollongong.

The stories which have been added to the website have been made possible by local families who have shared their precious family stories, photographs, documents and memorabilia. These stories were collected during three public Scan & Share days during 2013. The next Scan & Share day will be 26 September 2014 at Wollongong Library.

Do you have any personal photos from the First World War? The next ‘Illawarra Remembers 1914-1918’ Scan & Share Day will be held on 10 October 2014 at Wollongong Central Library from 10am to 4pm for those who would like to share and preserve their precious photos. http://www.illawarraremembers.com.au/node/733 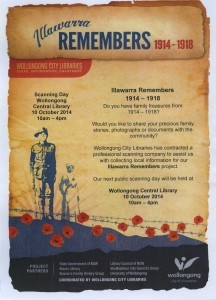 NEW SOUTH WALES ANZAC CENTENARY
http://nswanzaccentenary.records.nsw.gov.au/
This website highlights records in the NSW State Records collection relating to World War I based on the themes of: service, remembrance, and the home front.

Read overviews of records associated with war-related topics, use our research guide, and search indexes to learn more about the people of New South Wales and the government that served them during the war. 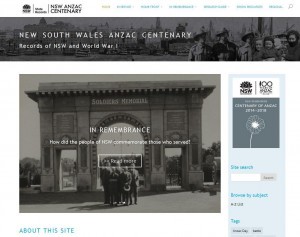 QUEENSLAND HONOUR BOARDS
https://www.gsq.org.au/index.php/projects/world-war-i-project
The Queensland Society of Genealogists has launched this WW1 Project with the primary aim being to compile a comprehensive database of Honour boards (including small memorials) and the names thereon, dedicated to WW1 men and women throughout Queensland. This does NOT include major public memorials, cenotaphs, memorial entrance gates to parks etc. Many of these are recorded elsewhere and it is often the Honour boards which are lost due to ‘demolition’ of buildings etc. The second aim is to identify the people named and provide research information on as many as possible.

SOUTH COAST RAILWAY IN WW1
http://goo.gl/STL1aR
This is the Black Diamond Heritage Centre’s project site for developing the 2015 exhibition event and book around the theme of the South Coast Railway in WW1 . Often, but not always, train engine drivers would blow “cock a doodle do” on the engine whistle to let local townspeople that a returned soldier was on the train.

The Project aims to capturing the stories, reported during the WW1 years, of soldiers, sailors and nurses being farewelled and welcomed home at SouthCoast Railway Stations south of Waterfall there will be both sad and happy tales.

YARRA PLENTY REGIONA LIBRARY “WORLD WAR ONE STORIES”
http://yprl.vic.gov.au/front-page-news/seeking-local-anzac-stories
To acknowledge the Anzac centenary Yarra Plenty Regional Library will gather and publish World War One Stories telling the stories of men and women from Whittlesea, Nillumbik and Banyule who served in WW1. If you are able to help out with stories, memories, copies of letters and related ephemera, please contact Liz – localhistorygene@yprl.vic.gov.au.

MISSISSAUGAA AT WAR 1914
http://www.mississauga.ca/portal/residents/mississaugaatwar
The Metro Toronto (but used to be a village) called Mississauga have opened a website on which they are publishing pictures and stories from the “vaults” of a newspaper which was active then. Through this site you can begin to get a first hand experience of Canada’s first independent venture into this major armed conflict.

GLOUCESTERSHIRE LIBRARIES REMEMBERS PROJECT
http://bit.ly/1tWR79S
Gloucestershire County Council libraries is celebrating an award of a £9,700 grant made under the Heritage Lottery Fund’s (HLF) Sharing Heritage programme. The grant will support the Gloucestershire Libraries Remembers project, which will include a series of events and displays to commemorate World War One across the county over the next three years. The libraries will work closely with Gloucestershire Archives and local history societies to produce displays and arrange activities for the community to get involved in.

WORLD WAR ONE CENTENARY HUB
http://www.jisc.ac.uk/ww1
At Jisc, we have been working enable access to, and use and re-use of, some incredibly rich and powerful content relating to the WW1 era, including a range of primary source materials that we believe will facilitate new areas of research, and open up previously hidden collections to new audiences. In these substantial collections that are brought together in our World War One Centenary hub you’ll find a variety of articles, audio and video lectures, downloadable images, interactive maps and 3D simulations as well as letters, diaries, photos and sketches which relate to first-hand experiences of the war. 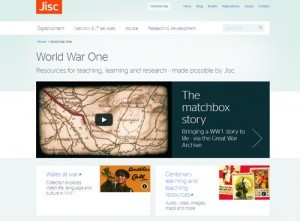 WW1 – THEIR STORIES – OUR HISTORY
http://ww100.nelsonmuseum.co.nz
Nelson Museum has launched a new website aimed to tell the stories of how World War One impacted on the region and its people. Through biographies, military records, photographs, diaries, objects and other historical records, the website profiles a number of men and women from the region who were involved in the First World War. 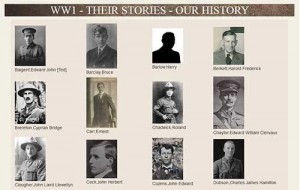 SCOTTISH WAR MEMORIALS PROJECT
http://warmemscot.s4.bizhat.com/index.php
http://www.scottishmilitaryresearch.co.uk/
Although not brand new, I thought I’d list this site as it is good to know about it. The Scottish Military Research Group have set up a forum as a place to discuss and co-ordinate what Scottish memorials people are recording, or requesting information on.

Where Can I Use My Flip-Pal Mobile Scanner? 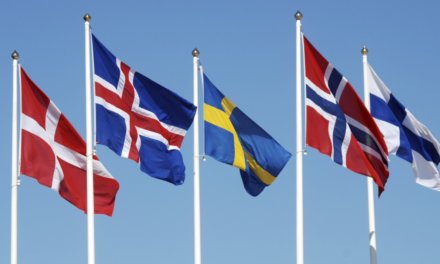 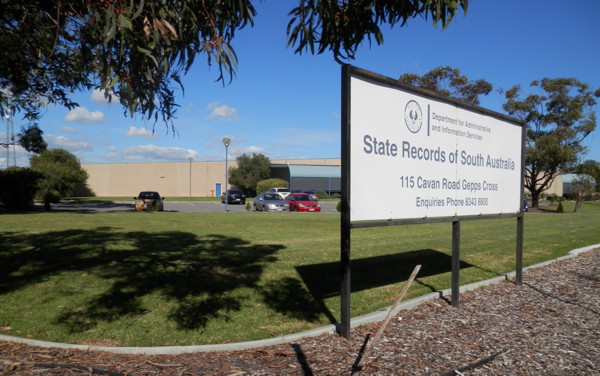