Photo courtesy of the National Archives of Australia

Developed as part of the Anzac Centenary, the website is a result of a partnership between the National Archives of Australia and Archives New Zealand, and includes digitised service records of every Australian and New Zealander who served in WWI and many from the Boer War.

Containing the records of more than 600,000 people including 140,000 New Zealanders, some who were involved in the conflicts, and others who played a role at home or behind the scenes. You’ll find many of the lesser known records actually show what was happening on the home front. Also included are the original service records of the army nurses who were portrayed as characters in the recent ABC series Anzac Girls. 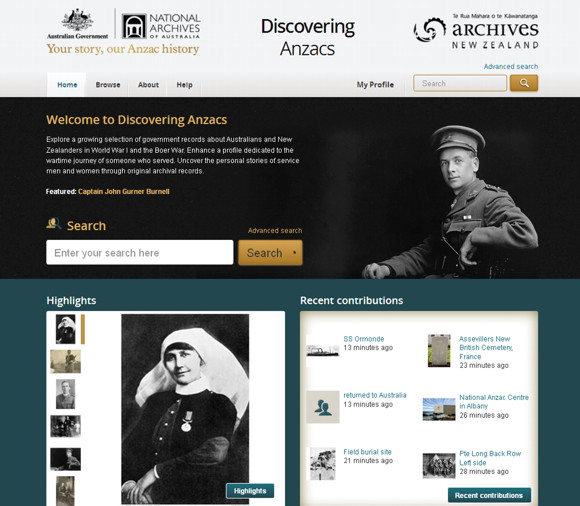 Now the National Archives of Australia is after your help. They have scanned the records, put them online and indexed them, but now you can help out by transcribing them and adding photographs and stories those listed on the site.
For more information about contributing to the Discovering Anzacs site, be sure to visit the About and Help sections of their website.