Run RootsMagic on Your Mac (Without Installing Windows) 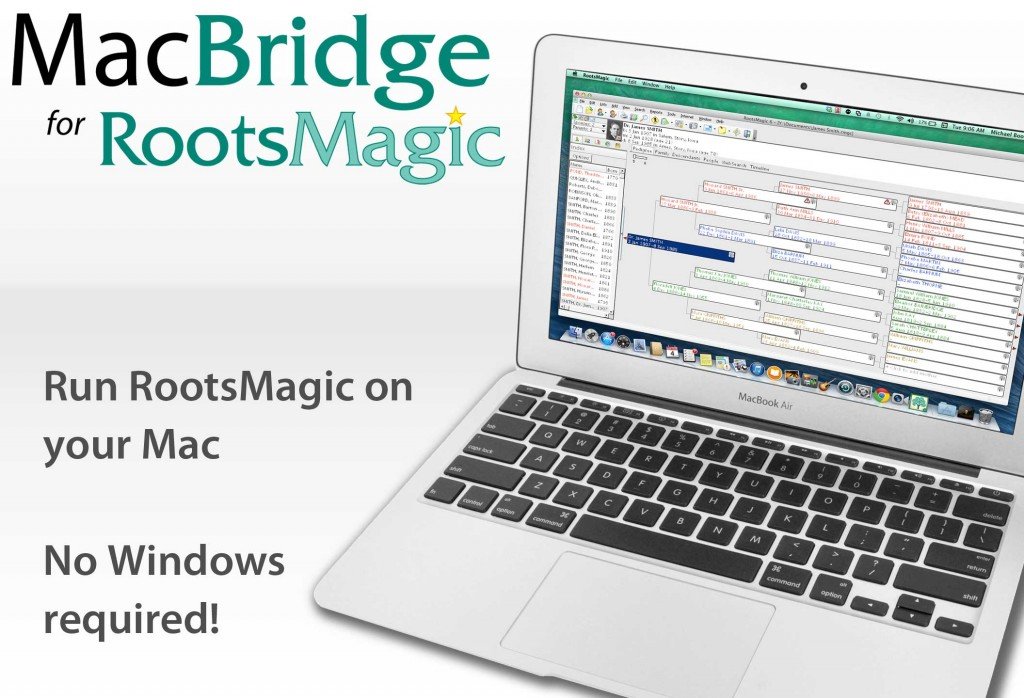 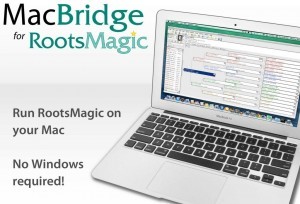 At over 11 years old now, RootsMagic has stood the test of time, and has proved itself to be one of the major genealogy programs that is available for those using Windows computers. However over the past few years we have seen a definite shift in users changing from Windows computers to Mac. And apart from the addition of Family Tree Maker for Mac, the Mac genealogy software scene really hasn’t changed for several years, with Reunion, Mac Family Tree and iFamily being the other dominant programs.

Meanwhile users of RootsMagic have been crying out for a Mac version, and the creators have listened, as they have just announced MacBridge for RootsMagic 6, stating that …

MacBridge is not RootsMagic 6 for Mac, but rather is it a program that you need to download to make RootsMagic work like it should – on a Mac. Their website states that …

“we are busily working on a Mac version. We have many Mac users who would love this and we love to make our users happy. MacBridge for RootsMagic 6 gives our users the ability to work on a Mac today while we work on our actual Mac version.”

Who knows when RootsMagic 7 will make an appearance, but if you are a RootsMagic user who has recently changed from PC to Mac, or are thinking of it – it seems from initial feedback that MacBridge does seem to be a good option. Comments from RootsMagic users who were using the program with Windows emulation software were saying that it was slow and crashed, however using MacBridge make it work like a breeze.

To see what it’s all about, you can watch this short video.