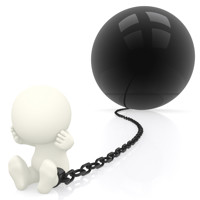 Once considered something of shame, times have changed dramatically, and now having a convict in the family is almost a badge of honour. It is what every researcher hopes to find in their ancestry. And we do love the term “Australian royalty” which of course refers to convicts.

In general terms having nobility or criminals in your family generally means there’s quite a decent paper trail that you can follow, and convicts certainly prove that with all the various document associated with them.

Findmypast.com.au, one of the mega-genealogy-data websites around, has just added over 640,000 convict records to it’s site, which makes it the most comprehensive collection of convict records online. With approximately 20% of Australians estimated as possessing convict ancestry, the new records provide Australians with the opportunity to uncover the villains lurking in their family tree.

The records include:
– over 515,000 New South Wales and Tasmania: Settlers and Convicts 1787-1859
– documents featuring a collection of early convicts and settlers records such as transportation details and crimes committed
– and 125,000 Convict Transportation Registers

There are details of the youngest convict to be transported to Australia, Mary Wade who was 11 years old upon transportation. She was initially sentenced to hang when she was 10 years of age for stealing another girl’s clothes and pawning them for 10p in London, however after serving 93 days in Newgate Prison she was reprieved and transported to New South Wales to intern at the Norfolk prison. Mary was the youngest convict aboard the infamous all-women ship, Lady Juliana and is an ancestor of former Prime Minister Kevin Rudd.

Similarly, alcohol enthusiasts will be interested to learn that James Squire of the alcohol brand fame originally came to Australia as a convict. He arrived upon the convict ship Charlotte in the First Fleet after being sentenced to transportation for seven years for highway robbery. Following his emancipation, he went on to become one of the first in Australia to successfully cultivate hops.

For further information about these convict records, visit their blog. To get started searching, simply go to http://www.findmypast.com.au. But if you wish to narrow it down to “just” these records, go to the “Travel & Migration” category.