We’re still working our way through the guest speakers on the 4th Unlock the Past Cruise, but we’re on the homestretch now with just a few more to profile, which is just as well as it’s only just over 7 weeks until this cruise leaves.

Anyway today we talk to Kirsty Gray. Kirsty is one of the English guest presenters who’ll be joining us for the cruise. She’s not only eager to meet other genealogists, but also to get some summer sun!

And with her experience as professional genealogist and heir hunter, as well as a freelance author, speaker and more, Kirsty will be someone you’ll want to catch up with on the cruise.

HOMETOWN/COUNTRY: Now living in Calne, Wiltshire, England. Spent fifteen years living in Reading (minus one in the middle when I studied at ‘Ottawa U’ in Canada) and grew up in Canford Magna, near Wimborne, Dorset from aged six months. Born in Stourbridge, West Midlands. Didn’t stay in the area long enough to pick up the accent.

Q1. Think back to your childhood … now what is your favourite memory from that time?
I can barely remember what I did yesterday, let alone that long ago! In terms of family history memories, I do recall regular visits to my Aunt Win in Cheltenham to talk about my maternal ancestors. She was convinced we were related to Edmund Kean though this has been proven to be family folklore. Aunt Win had a lovely old photograph album – enormous affair with elaborate binding – which my mother now cares for, and we spent many happy hours trawling through it, with Aunt Win trying to name the people in each photograph.

Q2. There’s always ‘something’ that sparks an interest in genealogy/history? What was it that sparked your interest?
My maternal grandfather was interested in family history and when he and my grandmother moved to Tenerife in the early 1980s, my mother was given the job of taking care of the family tree, certificates, newspaper cuttings, photographs and all sorts of other paraphernalia. She did some work on the tree when I was little and I guess that my interest came as a result of a few different fascinations …. firstly, with a very ‘odd’ surname in my paternal line (which has since developed into a one-name study on the name Sillifant) and secondly, that my paternal grandfather was one of sixteen children and nothing was known beyond the names of his parents. Finally, my paternal grandmother always questioned my desire to delve into the past and that was like a red rag to a bull!

Q3. How old were you when you developed an interest in this hobby?
Possibly about seven or thereabouts. But when I went to university in Reading in 1996, I was then far closer to London and made regular trips to the Family Records Centre to manually search through the census microfilms…. oh, how much simpler it is now! (No moaning about transcription errors please – can you imagine what it is like wading through the whole of a London parish – several reels of microfilm – searching for your family in the census and not locating them after hours of research?!)

Q4. What countries across this big wide world did your ancestors come from?
Sadly, my forebears were not from a diverse range of countries and few have travelled far, though I do have ‘cousins’ in the US, Canada and Australia, some more distant than others. One I will be visiting in Sydney when I come down under for the cruise…

Q5. Is genealogy/history your main job?
Yes, most days of the week. Author, lecturer, family and local history researcher, Chair/Chairman of two international organisations and occasionally a teacher of mathematics (or even science). Having given up the day job this summer, I provide private tuition to a select few students.

Q6. We all know that family history can reveal some amazing things. Have any of your discoveries resulted in a life-changing experience?
Not so much life-changing but I have discovered interesting snippets of my family history in rather odd ways over the years. Whilst I was on a residential training course in Nottingham some years ago, one of the other attendees was from Devon and lived in a small village quite close to my grandmother. We connected immediately and in the evening, we started to talk about interests outside teaching, etc. etc. Tim’s mother had traced their family tree and had come to a dead-end in her research.

We kept in touch for years and when I was planning on visiting Tim and his family, I asked him to send a copy of his family tree so I could see if I could help at all. The tree arrived on my door mat and when I opened it, I spotted an unusual name – Maria Jaycock Steer. ‘My ggg-grandmother’s name was Maria Jaycock Steer’, I thought to myself. Tim’s tree said she had a daughter called Beatrice in 1859 and Maria was born in 1833. My Maria was a twin of Joshua and she too was born in 1833. It transpired that the two Maria’s were in fact the same person! My Maria had a daughter out of wedlock with one of Tim’s ancestors and my family never knew about Beatrice and probably would never have known, had Tim and I not met, randomly, all these years later.

Secondly, only the other day I was chatting to a English tutor in a local school. We were scheduling tutoring for a young man and, due to my business commitments, I was explaining how sometimes I cannot be flexible with the hours I can work of a week. Richard asked about my business and we got talking about how his family were ALL from the West Country. ‘I don’t suppose any of your research takes you down that way’, he said…. well, actually I know a jolly good book written about how to trace your West Country Ancestors…..! We started by comparing family surnames and then places in Devon where our ancestors had resided. ‘My Jackman family were from Bratton Clovelly’, Richard said. To which I replied, ‘So were mine’! It transpires that we are fifth cousins, once removed sharing a common ancestors back in 1803 when John Jackman married Grace Peard. Richard is descended from their son, Roger Jackman and I am descended from their son, John. Small world, eh!?

Q7. If you had a time-machine what relative (past, present or future) would you most like to meet?
My great-grandfather, Sir Albert James Taylor Day, who was awarded several honours by the Queen, including a knighthood. Sadly, I never had the pleasure of meeting him as he died in the early seventies, before I was born.

And, Whitby William George Baynham. Born 1873 in Whitby, Yorkshire to William and Maria Jaycock (nee Steer, as mentioned above) Baynham. I would ask him: Why did you change your name, Whitby? What’s the ‘Doris story’? And why did you move from Islington to Bedford?

Oh, and Martha Gaylor to ask her where she was born? Or just whether her parents were Philip and Ann…. That would be enough!

Q8. What do you do when you aren’t doing genealogy or history?
Play saxophone – I am a three saxophone family! When I have time to read, I love a good David Baldacci novel. I love watching athletics though personally, I am not that sporty.

Q9. What do you hope to get out of a genealogy cruise?
Better weather than in the UK in February, meeting lots of new people and experiencing places I never dreamt I would visit. All that as well as the networking and education (giving and receiving) will make for a really exciting time down under for me!

Q10. Share with us a few (up to five) of the genealogy websites that you tend to spend the most time on?
Aside from the top two commercial sites (Ancestry and FindMyPast) and the two organisations I chair (Society for One-Place Studies and the Guild of One-Name Studies), I frequently dip into FamilySearch, the British Newspaper Archive and the Welsh Newspaper Online (which incidentally is well worth searching…. not only for events which took place in Wales!).

Q11. Do you have any wise words for those just starting out in genealogy?
Do it, do it, do it! Talk to your relatives before they go (but don’t believe everything they tell you!), record everything (failures as well as successes) and enjoy the process of slowly but surely becoming obsessed with finding out about the past.

BE SURE TO TAKE A VISIT TO KIRSTY’S WEBSITE:
http://family-wise.co.uk

COMMENTS …
Thank you Alan for inviting me to come down under and be a part of the 4th Unlock The Past Cruise. Although my plans for the trip have yet to be finetuned, I am already looking forward to it. It will certainly come around very quickly – see you all soon! 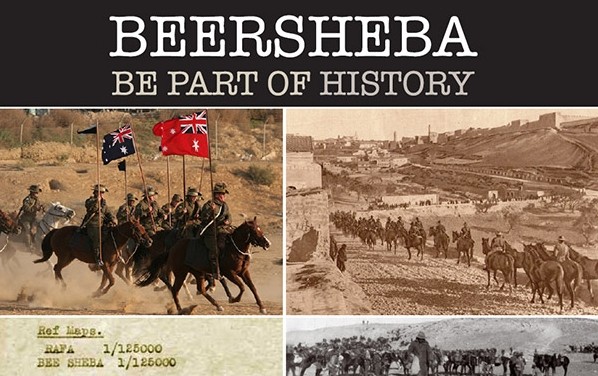 Just How Popular is Genealogy?

My Roundup of the Australasian Congress 2012