The British Library Uploads a Million Images on Flickr

Created in 1973, the British Library is the national library of the United Kingdom, and is now one of the two largest libraries in the world. The other being the Library of Congress in the United States.

The library is huge, and according to Wikipedia … “holds over 150 million items from numerous countries, and in many formats, both print and digital: books, manuscripts, journals, newspapers, magazines, sound and music recordings, videos, play-scripts, patents, databases, maps, stamps, prints, drawings. And as a legal deposit library, the British Library receives copies of all books produced in the United Kingdom and Ireland, adds some three million items every year which occupy approx. 9 kilometres of new shelf space”. Like I said … HUGE!!

Now the British Library has now ventured on to Flickr, one of the world’s biggest image hosting websites. And they’ve just uploaded over a million images to Flickr in for “anyone to use, remix and repurpose”. These images were taken from the pages of 17th, 18th and 19th century books which have been digitised by Microsoft, who then gifted the scanned images to The British Library.

The images themselves cover quite an array of subjects. You’ll find maps, geological diagrams, beautiful illustrations, comical satire, illuminated and decorative letters, colourful illustrations, landscapes, wall-paintings and so much more just waiting to be discovered.

WHAT’S NEXT …
Uploading the images to Flickr is just the first step for the British Library. You can read about their future plans for this collection are here.

FLICKR COMMONS …
The British Library are just one of the many organisations who are using Flickr as a place to store their photographs. You can find the full list of participating institutions here. 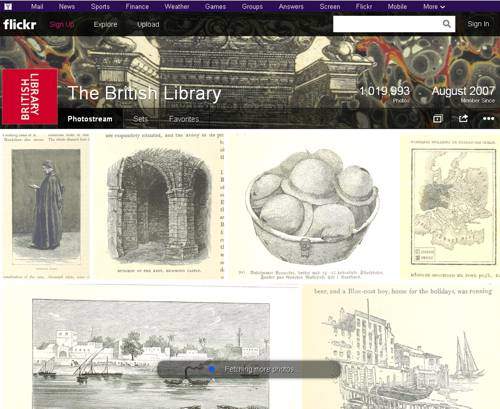 Save on Findmypast 1 Month and 1 Year Subscriptions 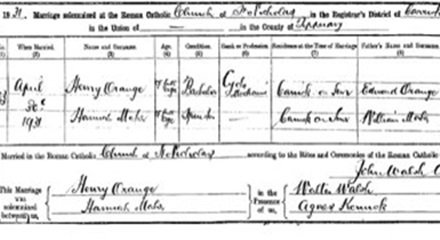 The Future of Lancashire Family History and Heraldry Society