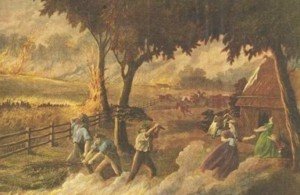 A few months ago I made mention of a crowdsourcing project organised by Archival Access Victoria, whose aim was to raise a few hundred dollars to enable them to digitise country Victorian records that are held at the Public Record Office Victoria in Melbourne. This was run as a project through Pozible, which allows the organiser to advertise their project, and others to then donate, hopefully within the time specified time, so then the project goes ahead. This worked well, and the Wodonga Magistrates Court records from the early 1900s until the 1970s have been digitsied as a result.

Now Archival Access Victoria are on to a new project, this one to do with the Victorian Goldfields. Now usually when you think of goldfields, you think of the licences or something similar. But Mark from AAV is taking a different tact, and aim to digitise 28 fire inquests from the Victorain Central Goldfields area as opposed to the multiple volumes of court records as done previously. Mark says “I think it is this narrower focus that is making the project not as popular as the other ones, but I know there are folks out there that would be interested.”

For a bit more detail about the project …

Victoria, 1858 – the gold rush was on and the Government had just passed the Act for Preventing the Careless Use of Fire. Section 4 of this Act established that even in those circumstances where no death occurred, any damage or destruction caused by fire could be investigated by the Coroner, provided the Coroner received written notification and a fee of five guineas was paid.

Over five years (1865-1869) there were twenty eight inquests held into fires across the Central Goldfields area including Adelaide Lead, Amherst, Bealiba, Bet Bet, Bromley, Dunolly, Majorca, Maryborough, Newtown, Talbot and White Hills. No inquests were held in the area from 1869 onwards which may have been due to the combination of a significant increase in the fee for such investigations in 1869, and the winding down of the gold rush in the area.

The incidents investigated in the Central goldfields include destruction and damage to various hotels, farms, fences, houses, haystacks and even the London Chartered Bank in Dunolly.

This project aims to digitise all twenty eight inquest deposition files identified for the Central Goldfields area (see listing below) and donate the records to the historical groups in the area to further their research into their region’s history.

As with the previous project, the funds will be used to cover the cost of digitising the individual files and the editing, DVD production and postage of the finished product to the intended recipients and the projects supporters.

If you wish to donate, you will receive various offers based on the value you donate. And you can donate as little or as much as you like, the choice is up to you. But I think it’s great to see projects like this around, so lets spread the word and get some crowdsourcing happening. Currently there’s 9 days left to donate, and still needing $355 to meet their target. Let’s see what we can do.

Spread the word … and head to: 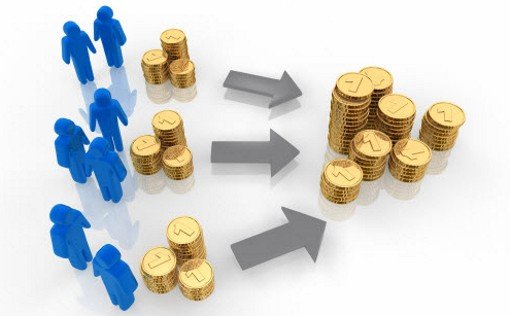