Who’s Been Sleeping in My House? Season 3

House history is something that we tend to associate with the UK, as they have such old houses that have managed to stand the test of time. With many still standing that are hundreds of years old, it’s naturally intriguing to want to know the history that house has been through.

But now thanks to the TV show ‘Who’s Been Sleeping in My House’ Australian’s are now starting to get interested in the history of their houses too.

This popular TV show which has already aired for two seasons on the ABC, and also on Foxtel’s History Channel, is currently filming Season 3 … and continues to find amazing stories behind numerous houses and people who lived in them, prior to their current owners.

Eash 8 part series explores the incredible stories that lie between the bricks and mortar of these homes. Archaeologist Adam Ford is on the job, and using the tools of his trade (public records and a good spade) he literally digs the dirt and reveals the rich past of some of Australia’s most intriguing homes.

In each episode we follow Adam as he makes his way through archives, databases, family albums and local experts, revealing a past that isn’t always recorded in the history books. From the Western Australian goldfields to the tropics of Queensland, Adam peels back the extraordinary lives of everyday Australians – people who lived, loved, bore children and moved on in the great cycle of life. As ghosts of the past, family secrets and architectural surprises are revealed, one thing is for certain – the present owners’ relationships with their homes will be changed forever by the startling mysteries and unexpected revelations Adam unearths.

This series is one where the walls really do talk. Beneath the floorboards, between the walls, under the eaves, or somewhere deep down in the garden, the secrets of the past are just waiting to be revealed – because every home has a story to tell.

And Season 3 …
There’s no word as yet on when Season 3 will air as it is still in production. But rest assured IT IS coming, and when we know, we’ll let you all know.

A Request for Australian Soldier Diaries 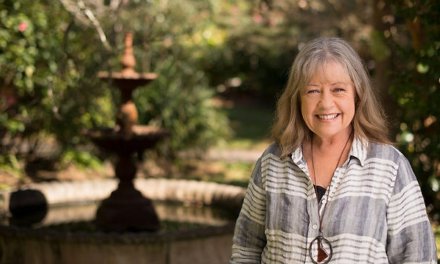