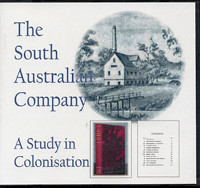 Anyone who can trace their history right back to South Australia’s beginnings will have heard about the ‘South Australian Company’.

This Company was formed in January 1836 to promote the establishment of the British province in South Australia, and to engage in a wide range of commercial activities in the new region which included advance land purchases which were required to enable the new province to proceed in the first place. But the company’s activities were wide ranging.

A quote from the ‘Wakefield Companion to South Australian History’ says the following about the Company:

“In many respects the company became the economic backbone of the province, providing infrastructure in the form of roads, bridges, ports, warehouses and mills. It engaged in a flourishing livestock industry, formed the much-needed Bank of South Australia, undertook shipbuilding at the new port (Port Adelaide), and had a strong presence ion mining, particularly at Burra in the mid north.”

This study, published in 1898 when the company’s influence was still significant, will be useful to many South Australian researchers. The lives of most 19th century South Australians were shaped or affected in some way by the Company. Many of our forbears were its employees or tenants on its lands. Most others benefited from or were affected it activities and interests. And its chairman, George Fife Angas was the main promoter of the significant early German settlements in South Australia.

This CD contains high quality scanned images of the whole of the original book, and has been bookmarked for easy navigation. Pages can be searched, browsed, enlarged and printed out if required.

Wikipedia has further details about the South Australia Company. 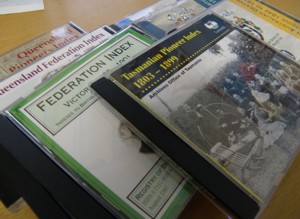