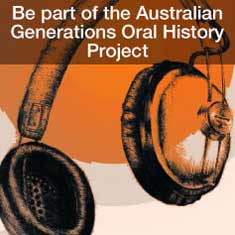 The Australian Generations Oral History Project is a new national project, and it needs volunteers.

Historians at Monash (Professor Al Thomson, Associate Professor Christina Twomey and Dr Seamus O’Hanlon) and La Trobe Universities, in partnership with ABC Radio National and the National Library of Australia, are collecting life story interviews with Australians born from the 1920s to the 1980s.

They are interested in the life stories of all Australians – rural and urban, male and female, the recently arrived and people whose families have lived in Australia for generations. The collection of interviews (over 1500 hours worth) will provide a snap-shot of historical change in Australia throughout the 20th and into the 21st century, and will be used by the research team in written histories and in a series of ABC Radio National history programs. The interviews will then be archived at the National Library of Australia (NLA) in Canberra.

You can get everything else you want to know about the Australian Generations Oral History Project here.

And if you would like to be a part of the Australian Generations Oral History Project, you can fill in an Expresssion of Interest form here.

Flip-Pal Mobile Scanner: Where Can it Be Used? 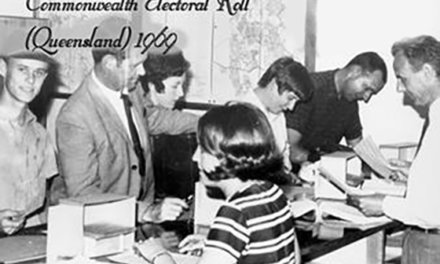