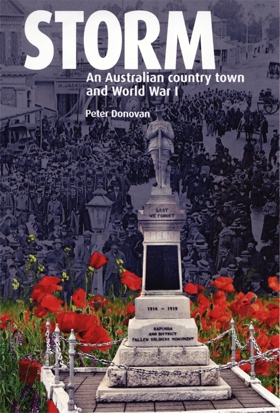 For a highlight this week we’ve chosen to highlight a book that has just been released, which tells the story of the men and women from Kapunda who volunteered for the Australian Army in World War I. Very timely with Remembrance Day later this week.

‘Storm’ recounts experiences of men and women from Kapunda, South Australia, and the surrounding district during World War I. With different names, the story’s main outline could apply to almost any country town in Australia. It is possible to gain an appreciation of all key features of Australia’s involvement in World War I (apart from its maritime history), from the experiences of Kapunda men and women who volunteered for services overseas and the activities of those at home who supported them. Consequently, this story has far wider applicability than one South Australian country town.

Kapunda men served in all main units raised in South Australia, namely the 3rd and 9th Light Horse Regiments, and the 10th, 27th, 43rd, 48th and 50th Infantry Battalions. They served in various branches of the Australian Imperial Force, including the Light Horse, infantry, artillery, transport, Air Corps, the cycling battalion, even a bakery unit. In addition, several Kapunda women served as nurses in all major theatres overseas.

The Kapunda response to the call to arms was remarkable. More than 300 men and 6 women from the town and district, served in armed forces during World War I. As many as 65 never survived. This is a truly amazing record of this town’s history and of those who served in WWI.

This is not a book that you can buy from Gould Genealogy, as it is only available direct from the author.

The price is $35.95, which includes postage (within Australia), and copies can be ordered from: 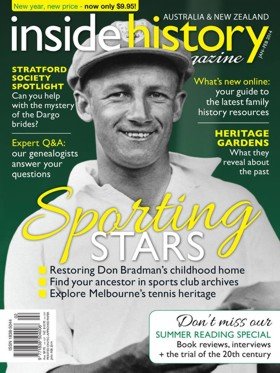 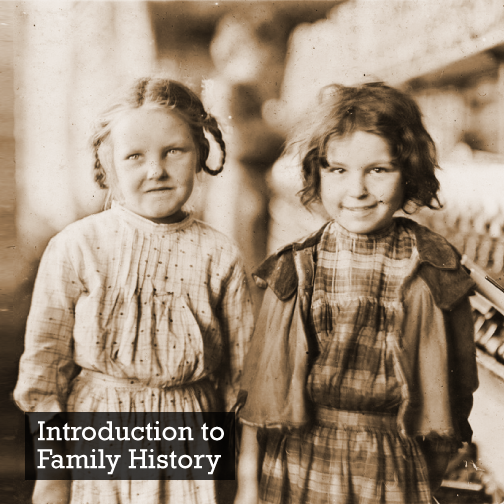 “Introduction to Family History” with UTAS is on Again