For the many people who are researching your Irish heritage … if you have convicts or criminals in the family, it just a whole lot easier, thanks to Findmypast.ie putting over 4 million Irish Prison Records online.

These cover the period1790-1920, these records are quoted as being “one of the greatest untapped resources for those tracing their Irish roots”.

The original Prison Registers, held at the National Archives of Ireland, cover all types of custodial institutions, from bridewells, to county prisons, to sanatoriums for alcoholics. They contain over 3.5 million entries, spread over 130,000 pages, with most records giving comprehensive details of the prisoner, including: name, address, place of birth, occupation, religion, education, age, physical description, name and address of next of kin, crime committed, sentence, dates of committal and release/decease.

The registers offer a real insight into 18th-19th century Ireland. They present evidence of a society of rebellion and social confrontation, where rioting and assault of police officers were everyday occurrences, and of widespread poverty and destitution, with the theft of everything from handkerchiefs to turnips. 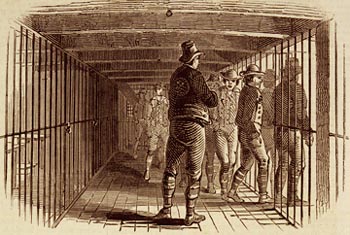 The reasons for incarceration cover all types of crime but unsurprisingly the most common offence was drunkenness, which accounted for over 30% of all crimes reported and over 25% of incarcerations.

The nature of these crimes was significantly different from those in England. Figures show that the rate of conviction for drunkenness and tax evasion was three times greater, and the rate of both destruction of property and prostitution were twice that of our nearest neighbours.

The records are full of individuals who were arrested for very minor offences, for example a record from the Cork City Gaol Court Book lists an arrest for Giles O’Sullivan (26), with no education and no previous convictions, on the 30th of March 1848 for being “a dangerous and suspicious character”. Other examples of the heavy hand of the law can be seen in the case of John Cunningham from Finglas (21) who was arrested for “Washing a car on a thoroughfare” and young Christopher Doyle (14) arrested “for being an idle, disorderly rogue and vagabond”.

The Irish population averaged 4.08 million over this time period and with over 3.5 million names listed in the prison records, it is clear to see how almost every family in Ireland was affected somehow.

Information provided:
The information varies over time, and depending on the type of prison, with bridewells typically recording less information. The county courts generally recorded:

If you have a Findmypast.ie subscription, you can start searching straight away. If you’re wanting to know what their subscription rates are like, you can find out here.

I do have one line of Irish heritage (the McCullough’s from Antrim), but am doubtful of finding too much in these Prison Records, since my family were generally Ministers of Religion, but I’ll be looking as I know it happens too often, that you just never know what you’ll find where. 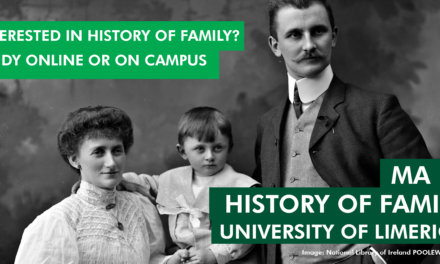 Who Do You Think You Are? (US version)