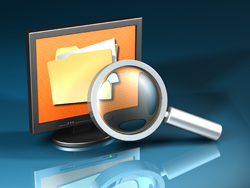 Millions of new genealogy records go online … that’s right, many, many millions in fact. Online data for genealogy seems to be booming … the big online companies have been releasing new records at a phenomenal rate over the past few weeks. Everyday there seems to be an email advising of new records added online somewhere, it is hard to actually keep up with them … so I’ve created this summary for you.

Here’s a round-up of the major new records during August and September:

Apprenticeship Records 1710-1811
Apprentice Books, 1710-1811, explores a practice that has its roots even earlier, in the time of Elizabeth I.  That was when families first started paying for their children to learn skilled trades from established experts. By the 1700s it was common practice for these apprentices to move in with their masters for up to nine years, until they were ready to start out on their own. The masters were paid healthy sums for their efforts – so of course the Government got in on the act and starting charging them a tax. It’s because of this tax that our records were created.

UK Railway Employment Records 1833-1963 (1 million records)
Trace your ancestors who laid the tracks, stoked the engines and drove the trains with our Railway Employment Records. This was Britain’s first truly mobile workforce. As well as positions and salaries, the 1 million records reveal your forebears’ transfers, so you can follow your family as they move around the country.

Irish births, marriages and deaths (24 million records)
Birth, marriage and death records are the basic building blocks of anybody’s family tree. Now you can construct your Irish lines quickly and easily with the rish Birth, Marriage, and Death Indexes, 1845-1958. These 24 million records cover the period of the destroyed Irish censuses, so they can help you fill in frustrating gaps in your discoveries. Northern Ireland’s included up to 1922.

Ireland Births and Baptisms, 1620–1911
Civil registration for all births, marriages, and deaths began in Ireland in 1864 (registration of non-Catholic marriages had begun in 1845). Irish church records include both those of the Catholic Church, which historically has represented about 80 percent of the population, and the Church of Ireland, the official state church from 1536 through 1870. While the bulk of Church records begin in the late eighteenth and early nineteenth century, some do extend back into the 1600s.

Irish Catholic Parish Records, 1742-1884
Although the official Church of Ireland was Anglican in the 18th and 19th centuries, most people refused to conform – so Catholic records are your best bet for tracing early births, marriages and deaths. Find your ancestors among these religious rebels with the Irish Catholic Parish Records. Split into baptism, marriage and burial records, these comprehensive registers reveal names, dates, places and often other family members. And because they date back before the Great Famine, you’ll find many ancestors who later fled the country for new homes abroad.

Australian National Immigration Collection, 1792-1957
Not all British emigrants to Australia were convicts. Many sailed down under in search of adventure, fortune or simply a better life. Ancestry has updated their immigration records, to help you trace these free travellers. The new additions include passenger lists and immigration registers for New South Wales, Tasmania, Western Australia to further improve your chances of finding your forebears.

New South Wales, Australia, Returns of the Colony, 1822-1857
This is a collection of the colony’s records in the civil, economic, judicial, police, penal, medical, ecclesiastical, and educational establishments. There are 28 different record types that are included in some form over the 35 years. The returns also include a list of the officers in these areas. There wasn’t a compiled return in 1824, but every other year between 1822-1857 contains the full returns. The information that can be found in these records is usually the name of a person and their role in the government or their name and the type of business they were involved in with the government, whether it was a land purchase or receiving a pension payment.

UK Surgeon Superintendents’ Journals of Convict Ships, 1858-1867
This database contains indexed images of medical journals kept by surgeons aboard convict ships sailing from England to Australia. Each journal in this database records details from one voyage of a convict ship as it traveled between England and Australia. Many of the pages contain dated log entries. Information found in the entries varies by journal but can include details such as name, age, crime convicted of, length of sentence, point of embarkation, native country, education, death date, cause of death, sick lists, lists of ship’s stores, and day-to-day happenings aboard ship. You may also find lists of convicts, punishments, and prisoners who exhibited good conduct during the voyage. Crew members may also be included. These records were created after the Royal Navy turned the transport of convicts over to merchant shipping, and along with names, the journals can provide a revealing glimpse of life aboard these ships, from escape attempts to daily rations and routine.

UK Royal Navy Medical Journals, 1817-1857
This database contains indexed images of medical journals from 19th-century British ships, which include names of patients and other passengers and crew aboard. The journals in this database were kept by ships’ medical officers, who were required to keep a record of patients, treatments, and outcomes during a voyage. This collection includes 671 volumes, each from a single ship and covering a particular time period. The majority are convict ships bound for Australia or Van Diemen’s Land. The journals list names, ages, “quality” (the patient’s rank or status aboard), diseases, duration dates, and notes on symptoms and treatment. They often include daily sick lists extracted from the journal pages as well. Researchers should not forget their female ancestors. Some convict ships sailing to Australia were designated for female convicts; other women emigrated voluntarily. These records are valuable for family history research on several fronts. First, they list names of sick (and others who may have come to the surgeon’s attention) among passengers, convicts, and crew. These may include passengers who did not recover and so never made it to their destination. They also offer fascinating details on contemporary treatments and medical practices, as well as stories of life aboard ship, from the perils (and prevalence) of grog-related accidents to a simple chronicle of the daily routine on a 19th-century sailing vessel.

Burial and cremation records for the cities of Aberdeen and Edinburgh (67,000 records)
Eltham Crematorium – Greenwich, London
Crown Woods Way – The service is run by the Greenwich Bexley and Dartford Joint Committee. The crematorium opened in 1956 and is one of the busiest in the UK. Approximately 208,000 cremation register records are expected to be made available, with a mixture of register scans and computerised records. Maps showing the location of memorials are expected to be added in due course.

Eltham Crematorium – Initially, around 61,500 records are available online, covering the period from 21 May 1996 to 14 February 2011. This information is available as computerised data only.

Crew Lists 1861-1913 (33,500 records)
The crew lists 1861-1913 contain indexes to around 33,500 lists of crew members on board British merchant vessels and around 413,500 records of individual crewmen. The lists are indexes to original documents, which hold the employment details of individuals. Individuals ‘signed on’ when they began their employment, either at the start of the voyage or when they joined the ship at one of its ports of call. They ‘signed off’ at the end of the voyage or if they chose not to finish, at a port of call.

Merchant Navy Seaman Records 1918-1941 (1 million records)
The records are index cards which the Registrar General of Shipping and Seaman used between the two world wars to produce a centralised index of merchant seamen serving on British merchant navy vessels. They cover the period 1918-1941. The merchant navy consists of all seagoing UK vessels with commercial interests and their crews.

There’s not been any new records added on here in the past few months.

Registers of the French Non-Conformist Churches, Dublin 1701-1831 (1500 records)
Here’s a very interesting addition for those with Huguenot ancestry; The Registers of the French Non-Conformist Churches Dublin 1701-1831 containing 1500 names. The Huguenots were French protestants settled in Ireland by the British authorities when they were evicted from France and this is one of the few Huguenot parish registers for Ireland. The time periods covered are:
– Baptisms (1701-1731)
– Marriages (1702-1731)
– Deaths (1702-1731)
– Burials (1771-1831)

Registers of the French Church of Portarlington 1694-1816 (1500 records)
They feature over 1500 names from one of Europe’s most interesting Huguenot settlements. Beginning as a small settlement Portarlington grew to what was for all intents and purposes a French village in Ireland boasting sixteen schools and becoming a centre for education in Ireland. So if you have any Blancs, Lalandes or Vignoles in your family tree try searching these records.

The Parish Registers of St Patrick’s Cathedral, Dublin 1677-1800 (12,000 records)
Published in 1907 as volume II of Parish Register Society of Dublin, The Registers of Baptisms, Marriages & Burials in the Collegiate and Cathedral Church of St Patrick, 1677-1800, was transcribed by the then Dean’s Vicar of the Cathedral, C. H. P. Price and edited by J. H. Bernard, the Dean of St. Patrick. The 12,000 records are predominately made up of burial records, including those of some of Dublin’s most eminent citizens such as Jonathan Swift and numerous Archbishops and honourable clergymen. The reason burial records far outweigh marriage and baptisms records is solely down to the fact that St Patrick’s Cathedral was situated in an unfashionable area and would not have been seen as the venue of choice for celebrations such as a christening or marriage.

I must admit, that checking The Genealogist (TG) website now, has made me take notice. Not only for the quantity of records released in the last 2 months, but also for the content …. English, New Zealand AND Australian records. 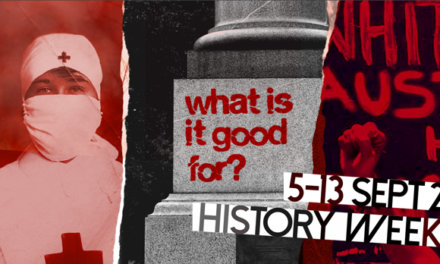