Click on titles below for more details on each.
Some of the Genealogy titles below are ‘special order’ titles.

The Courtneys: A Victorian Military Family – R. Austin – $59.00
The saga of the Courtney’s commences in Ireland, and moves to Australia during the gold rush where the family soon became heavily involved in the local volunteer movement at Castlemaine. Military service became a tradition carried through four generations, embracing not only the Great War and Gallipoli where two brothers served as officers, but also the 19139-45 War with one family member serving as a doctor in the RAN and the other as a doctor in the British Army, landing with the paras in Arnhem, where he was captured by the Germans.

In the Name of the Law: William Willshire and the Policing of the Australian Frontier – A. Nettlebeck & R. Foster – $29.95
During his time in the Territory, Willshire wrote of his experiences in several extraordinary memoirs. In these he represents himself as an explorer in the service of his country, as an anthoropologist gathering knowledge about Aboriginal Australia, and as an exemplary Australian bushman, at a time when the bushman legend was in its gensis and the nation was yet to be. Most of all, he appears as the representative of the law, working to make the country safe for the ‘brave pioneers who push out the frontier’. After his murder trial in 1891, he becomes its martyr.

Round the Compass in Australia – DATA CD – $27.50
Consisting largely of articles appearing first in journals and then published in 1892 as a complete work, Gilbert Parker gives a glimpse of life and social conditions at the time in Australia.

Early Days in North Queensland – DATA CD – $23.50
Published posthumously in 1903, this book by Edward Palmer gives an overview of the history of northern Queensland. He came to the colony in 1857, two years before separation and remained there till his death in 1899.

Radio Call 1952 – DATA CD – $19.50
Radio Call, described as “South Australia’s Only Broadcasting Newspaper”, commenced during 1937. It covers news from the Adelaide Studios and a host of other topics including all things musical, theatrical, the week’s radio programs, and lots of other news from Australia and overseas.

Melbourne Directory 1906 (Sands and McDougall) – DATA CD – $47.50
The Sands and McDougall directories are amongst the most comprehensive. You can find out more details about places in which people lived, the other residents in the area, and the services available in the region … all of which help to paint a picture of your ancestors’ life.

Durham Parish Registers: Ebchester 1619-1812 – DATA CD – $20.00
Transcripts of the records from the Ebchester parish in Durham between the years 1619 and 1812. Complete with indexes of places and names.

Lancashire Parish Reigsters: Liverpool 1660-1704 – DATA CD – $30.00
Transcriptions of the Earliest Registers of the Parish of Liverpool (St. Nicholas’s Church) Christenings, Marriages and Burials 1660 to 1704. With some of the earlier Bishop’s Transcripts commencing in 1604. Also includes an appendix being a Report on Ecclesiastical Records in the Diocese of Liverpool.

Yorkshire Parish Registers: Calverley 1681-1720 Vol. III – DATA CD – $25.00
Transcripts of the registers of the parish church of Calverley, in the West Riding of Yorkshire. Covers baptisms, marriages and burials from 1681 to 1720, with useful additional notes. These notes include – some inscriptions on tombstones in Calverley churchyard; inhabitants of Idle; notes from wills proved at York; Calverley wills; notes from Deeds; Inhabitants of Pudsey; part of the Pudsey Nonconformist Register; vicars of Calverley.

A Catalogue of the Ancient Charters belonging to the Burgesses of the Town and Parish of Sheffield, Yorkshire – DATA CD – $25.00
An essential reference for family historians with Sheffield and district ancestors, this book contains transcripts in English of Sheffield Charters and Wills covering the period 1297-1554. Many names are mentioned, and it even includes deduced family trees. Complete with a useful index, this book was compiled by T. Walter Hall, and originally published in 1913.

Tracing Your Mayo Ancestors – B. Smith – $32.50 NEW EDITION
This book sets out the records available to the family history researcher, detailing each source, its location and reference.

The Birth of Ulster – DATA CD – $29.50
Written by Cyril Falls this is a detailed account of the colonization of the northern province of Ireland, beginning with the attempts by Elizabeth I to calm the region, the rebellion of the tenants, and finally, the eviction of natives and the introduction of Protestants from England and Scotland, and therefore, the creation of the Plantation. It is an account of both the problems that precipitated the settlements and of the settlements themselves.

WHAT IS INCLUDED IN THIS DELUXE EDITION? 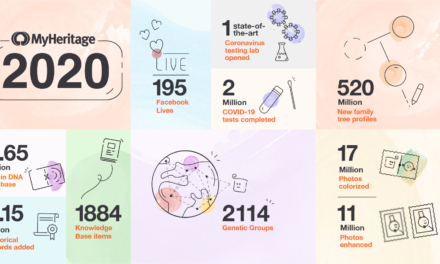 The Year 2020 From MyHeritage