As You Were 1946 – DATA CD – $19.50
This is “the first of a new series of post-war Service volumes which will provide a contemporary record of developments in the Australian Navy, Army, and Air Force”. The As You Were series completed the series of books produced during the Second World War by the Australian War Memorial. The contents of the book are again the work of service and ex-service men and women and the views expressed are those of the writers – unlike the volumes published during the war, the authors of these contributions are named.

As You Were 1947 – DATA CD – $19.50
As You Were: A cavalcade of events with the Australian Services from 1788 to 1947, “adds another volume to the story of the Australian Navy, Army and Air Force which was continued in As You Were 1946 from the volumes published during the First and Second World Wars”. The sixty-seven stories in the volume are again the work of service and ex-service personnel.

Queensland State Electoral Roll 1906 – DATA CD – $54.50
The roll for Queensland in 1906 totals over 6,400 pages. Entries are arranged alphabetically by district and by division within the district. You will find the details of over 200,000 voters who resided in Queensland at this time, and who were qualified (and registered) to vote. Apart from the annual roll (published in January 1906), the CD includes the additional rolls published in February, April, June, August, and October 1906.

Tasmania Post Office Directory 1939 (Wise) – DATA CD – $27.50
This directory is divided into four main sections: Streets (covering Hobart and Launceston), Country Towns, Alphabetical, and Trades and Professions. These four classifications enable the reader to see at a glance, the names of residents or traders in any one town; the address and occupation of any resident in the state; and, the number of persons throughout Tasmania, engaged in any one trade or calling.

Victorian Government Gazette 1882 – DATA CD – $47.50
There is wide variety of interesting material including an Order in Council on Deserters from Danish Merchant Vessels, Weekly Abstracts of Births and Deaths, information on the 1871 and 1881 census of Victoria, Register of Medical Practitioners for 1882, Grazing Permits, a patent application for â€œAn improved composition for unhairing and preserving hides and skins (a communication from Charles Jules Pierre Desnos, of Paris, France) and numerous references to miners, mining leases and mining companies.

Port Arthur 1830-1877: A Compelling History of Australia’s Most Infamous Convict Settlement – I. Brand – $16.45
This booklet has been prepared to present a balanced view of Port Arthur and its allied stations on Tasman Peninsula. It is based on original documents of 1830-1877, wherever possible, rather than than the faulty memories of visitors recorded many years later.

Carlton: A History – P. Yule – $39.95 REPRINT
The contributors reveal how, since its initial subdivision in the early 1850s, Carlton has been home to Melbourne’s most diverse ethnic and social heritage: from the early bourgeoisie, who built the grand terrace houses of south Carlton, to successive waves of immigrants who have enlivened the community. They capture the excitement of the nationally important social movements that sprang to life in Carlton–from the eight-hour day campaign of the 1850s to the experimental theatre of the1960s and 1970s–and show how the Carlton Association’s fight with the Housing Commission in the 1960s did much to determine the character of Melbourne’s inner suburbs in to the twenty-first century. Throughout, the major institutions and architecturally significant buildings that characterise the suburb, are illuminated.

Tracing Your Liverpool Ancestors: A Guide for Family Historians – M. Royden – $54.95
In a series of short, information-packed chapters he describes, in vivid detail, the rise of Liverpool through shipping, manufacturing and trade from the original fishing village to the cosmopolitan metropolis of the present day. Throughout he concentrates on the lives of the local people – on their experience as Liverpool developed around them.

The Victorian Public School – T. May – $14.95
It has been suggested that, by the end of the nineteenth century, a gentleman might be defined as one who had been to public school or who successfully concealed the fact that he had not.

Yorkshire North Riding Quarter Sessions Records 17th and 18th Centuries – DATA CD – $50.00
Full of fascinating detail about crimes, Papists, oaths of allegiance, indentures, and the proceedings of the local government of the time. With over 2500 pages of information, these 7 books are contained on a single CD-ROM. Many hundreds of names of people are included, and a complete index is included with each volume. Very useful for family history and local history

Round About the County of Limerick – DATA CD – $33.00
First published in Limerick in 1896 by McKern & Sons and republished here on fully-searchable CD-ROM is Rev. James Dowd’s ‘Round About the County of Limerick: Illustrated’, which contains 377 printed pages arranged into seventeen chapters, with 11 appendices and illustrated with maps and photographs.

A Sinclair Family Sourcebook – DATA CD – $29.50
This CD contains a collection of material relating to the Sinclair and St Clair families.

The Battle of Largs: The Norse Invasion of Scotland in 1263 – DATA CD – $29.50
Battles often are cited as turning points in the history of a region, and thus the Battle of Stamford Bridge, the Battle of Hastings and the Battle of Largs become fixed points in the mind of students of Britain. In 1263, the great Scandinavian king Hakon collected an enormous fleet of ships, with troops to match, and sailed for Scotland, only to be defeated by a combination of weather and the Scots army. While all agree that this was not the battle to end Norse authority in Scotland, it was a battle which captured the popular imagination in the 18th and 19th centuries.

The Tartan Spotter’s Guide – DATA CD – $29.50
When this book first appeared, it broke entirely new ground. Here, for the first time, was an orderly, logical, method of studying and identifying Scotland’s most famous symbol — the tartan. James Scarlett, the greatest tartan authority of the late 20th century, has given us a concise guide to the history of tartan. He describes in detail over 180 different tartans, and explains the principles of the designs and simplifies their identification. Whether you are a beginner or have been studying tartans for years, this is an invaluable work, one you will consult again and again.

Sutherland and the Reay Country – DATA CD – $29.50
Edited by Adam Gunn and John Mackay, this is a history of the county of Sutherland, with introductory chapters which trace the history of the region down to 1800, and with a subsequent chapter on the home life and customs of the region.

Reminisce 12×12 Double Sided Germany – Scrapbooking – $1.80
Reminisce have released their ‘Passports’ range of scrapbooking products, this includes papers and stickers relating to many countries worldwide. We have chosen to list just a few that are most relevant to our customers areas of interest. This double-sided Germany paper comes with the outline of a map of Germany, German flag and the word Germany on the front – the back has the German flag and the word ‘Germany’ over the whole page. 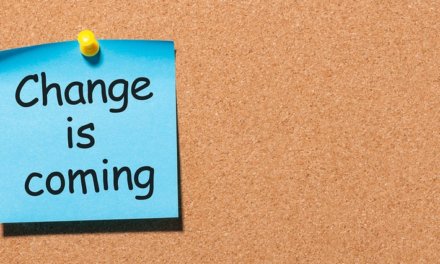