So you’ve decided to update your old slow, tired computer to something that is smaller, faster, has more memory and runs Windows 7 … unfortunately you find out afterwards that not everything you had running on your earlier computer will work with Windows 7.

I’ve decided to do this post about genealogy data CDs and Windows 7 in the hope that it will inform people about what will and won’t work – or how to get it working if it isn’t.

ADOBE ACROBAT READER CDs
The majority of CD-ROMs that we sell work using Adobe Acrobat Reader. If you have Windows 7, you will have a recent version of Adobe Reader, and this will be fine to read the CDs. If you don’t already have Adobe Reader on your computer you can download it for free from the Adobe website (45.11MB). The following publishers all created their titles to be read using Adobe Acrobat Reader:

DIGGER CDs
The Birth, Death and Marriage CDs that have been released for Queensland, South Australia, Tasmania, and Victoria all use the database program called Digger – therefore these are generally referred to as the Digger CDs. The various editions of Windows 7 come in 32-bit and 64-bit variants. Digger itself should work without any problems with 32-bit Windows 7, however it will not work with 64-bit (note this also applies to Vista 64-bit systems). If you are unsure which type of Windows 7 you have, click on Start-Control Panel-System and Security-System, and look for the System Type. For more details, the publishers have some information on their Tech Support Page.

JAUNAY CDs
Graham Jaunay of Adelaide Proformat is a professional genealogist in South Australia. Along with doing research for others, speaking at events, and courses, he has also compiled and produced a number of databases. These CDs weren’t made for Vista or Windows 7. Those with an asterisk alongside have been tested on Vista and work, but unfortunately none do with Windows 7.

QFHSdataseach CDs
The Queensland Family History Society have been busy creating their own database program which they have used on most of their CD-ROMs. While not made for Windows 7, they have been tested, and seem to work fine.

SOCIETY OF AUSTRALIAN GENEALOGISTS CDs
All current Society of Australian Genealogists CDs were designed and published well before Microsoft Vista was launched. Installing these CDs under Vista is certainly possible, but some tweaks are necessary. Find out what they are, and how to work around the from the Support Page on the publisher’s website.

If you’re buying a new computer, please be aware that not everything you had running on your old computer will necessarily run on your new one. 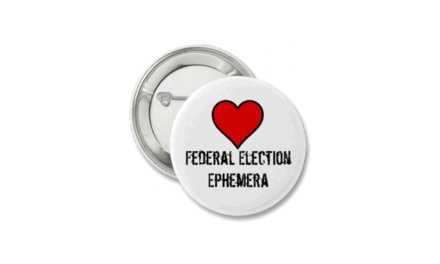 The National Library of Australia Wants Your 2019 Election Junk Mail