Log of Logs Volume 2 – I. Nicholson – $69.95
A catalogue of logs, journals, shipboard diaries, letters and all other forms of voyage narratives from 1788 to 1993, relating to Australia and New Zealand and the surrounding seas and oceans. With a separate index to authors of private journals & diaries. Of great interest to ship-lovers, family genealogists and maritime historians, and an essential reference book for librarians, museum staff, and researchers in many fields. Covers over 5000 ships’ names, with references to 20,000 narratives. 220 illustrations, many not reproduced before.

The Floating Brothel: The Extraordinary Story of Female Convicts Bound for Botany Bay – S. Rees – $24.95 NEW EDITION
“The Floating Brothel” is the antidote for bodice-ripping history, exposing the story of 237 female convicts – mainly taken from London’s fever-ridden, overcrowded Newgate Gaol – to the fledgling colony of New South Wales. Though it was percieved that the ship was rife with prostitution and debauchery, the reality was more complex and more interesting, differing dramatically from the well-known stories of hellish journeys to Australia.

Motor Trade Directory of Australia Compendium 1 1928-1936 – DATA CD – $49.50
This compendium of motor trade directories contains a wealth of information relating to motor vehicles and the motor trade in bygone eras, in particular the 1920s and 1930s. Included in these directories is information on passenger cars, commercial vehicles and motor cycles, as well as manufacturers, distributors’ accessory houses, repair shops and garages.

In the Far North-East: A Scientific Expedition 1916 – DATA CD – $19.50
This book was written by Captain S.A. White, the leader of a scientific expedition he undertook for the Museum. It is written in a form similar to that of a diary, and gives an account of the experiences he had during the Museum Expedition and describes the interior of the country and what is found there. Sections of the book also describe the flora and fauna. Mentions are made of Sturt, Burke and Wills and King.

Tasmania Post Office Directory 1938-1939 (Wise) – DATA CD – $27.50
This directory is divided into four main sections: Streets (covering Hobart and Launceston), Country Towns, Alphabetical, and Trades and Professions. These four classifications enable the reader to see at a glance, the names of residents or traders in any one town; the address and occupation of any resident in the state; and, the number of persons throughout Tasmania, engaged in any one trade or calling.

Victorian Government Gazette 1885 – DATA CD – $47.50
Government Gazettes are a unique, useful and extremely fascinating resource for local, family and social historians and researchers in other fields throughout Australia. They were published by the government as a means of communication to officials and the general public and therefore contain information that is of great use in establishing an image of Australia and its people in the past.

Dougal’s Index Register to Next of Kin, Heirs at Law, and cases of Unclaimed Money Advertisements c1910 – DATA CD – $29.50
The index and six appendixes mention circa 100,000 names. Many entries include a place of residence, some an occupation, and occasionally a year of death or other information. It is not too late to make a claim â€“ however, proof of connection needs to be made.

Wellington College Register, Berkshire 1859-1923 – DATA CD – $25.00
This volume of the Welling College Register covers the years 1859-1923, and contains biographical details about the scholars, including list of those who won the Victoria Cross.

Survey the Chantries, Guilds, Hospitals, etc. in the County of York – DATA CD – $35.00
Useful for local and ecclesiastical historians, and excellent resource for family historians with Yorkshire ancestors. This is 640 pages of real Tudor history.

Illustrated Notes on English Church History – DATA CD – $25.00
The 621 pages in this book contains detailed, readable text describing the fascinating and eventful history of the English Church from 1384 up to the late Victorian period.

Some Anglicised Surnames in Ireland – DATA CD – $34.50
This 64 page book, was originally published 1923. The primary purpose of this work is to provide an alphabetical guide to English names used in Ireland which have been altered or anglicised from their Gaelic original. For example, Adams is originally from Mac Adaim, who are described as being a branch from the MacGregors of southwestern Scotland. Each of these entries, therefore, attempts to track the original name back to either its Irish or its Scottish origins.

Pollock Genealogy: A Biographical Sketch of Oliver Esq., of Carlisle, Pennsylvania 1776-1784 – DATA CD – $34.50
Originally published 1883. 63 pages, this facsimile of the book is a thorough genealogical study of the various Pollock families settling in Pennsylvania in the colonial period. As well as the descendants of Oliver, there is extensive material on the descendants of John, James, and Charles Pollock, brother who emigrated from Coleraine, Ireland about 1750, and the descendants of Samuel Pollock of Chester and Dauphin Counties.

History of the County of Ayr: With a Genealogical Account of the families of Ayrshire – DATA CD – $34.50
A two volume set, volume 1 was originally published 1847 and volume 2 in 1852. This enormous study of the local and genealogical history of this county grew out of and goes well beyond the earlier Ayrshire Families by Robertson. That book chiefly related to the district of Cunninghame, while this much larger work covers literally every parish within the county. It begins with a general history of the county and then turns to each parish before continuing with an account of the principal families within that parish.

The Brave Sons of Skye – DATA CD – $34.50
This is an account of the most celebrated sons of Skye who served in the British military in the eighteenth and nineteenth centuries.

The Record Interpreter – DATA CD – $35.00
An essential book for all those who study English records and manuscripts. Giving not only abbreviations of Latin words used but abbreviations of French words used in those records. Also included are listings of Latin forms of English Christian names and surnames. 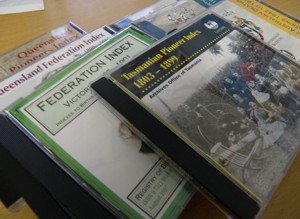