Frontier Justice: A History of the Gulf Country to 1900 – T. Roberts – $39.95
A challenging and illuminating history, “Frontier Justice”, brings a fresh perspective to the Northern Territory’s remarkable frontier era. For the newcomer, the Gulf country ‘from the Queensland border to the overland telegraph line, and from the Barkly Tableland to the Roper River’ was a harsh and in places impassable wilderness.

Queensland Government Gazette Compendium 1871-1880 – DATA CD – $325.00
Government Gazettes are a unique, useful and extremely fascinating resource for local, family and social historians and researchers in other fields throughout Australia.

The Path of Infinite Sorrow: The Japanese on the Kokoda Track – C. Collie & H. Mauratani – $35.00
The Australian experience of Kokoda has been told often and told well. The Japanese, however, remain the shadowy enemy lurking in the dense undergrowth, better known for atrocities that their participation in the battle. ‘The Path of Infinite Sorrow’ tells for the first time the story of the campaign from the Japanese point of view. Based on personal accounts and the recollections of six Japanese soldiers, captured diaries and the unit diaries of the Australian forces, this powerful re-examination of Kokoda brings a new perspective to one of the most brutal conflicts in Australian war history.

Greater London Cemeteries and Crematoria – P. Wolfson & C. Webb – $20.50 REPRINT
If you are researching family in London this book is a must, as it lists the cemeteries and crematoria of London with their addresses and where to find their records. All of which will help you in your search.

Surrey 1867 Kelly’s Post Office Directory – DATA CD – $33.00
Republished here on fully-searchable CD-ROM is the 1867 edition of Kelly’s Post Office Directory of Surrey. Containing nearly 450 printed pages, which includes a map of the county. As with most other directories published by Kelly’s, this 1867 Surrey edition, although primarily a directory, also serves as a gazetteer. Originally issued as part of a joint publication for counties Essex, Herts, Middlesex, Kent, Surrey and Sussex, this is one of the earlier editions of Kelly’s Directory of Surrey.

Hampshire Parish Registers: Winchester to 1812 – DATA CD – $16.00
The Parish Registers and Parochial Documents in the Archdeaconry of Winchester must appeal to genealogists and historians in general with an interest in Hampshire, but the introduction is to be heartily recommended for the light it sheds on the uses and information that may be found parish and parochial records in general and more especially for those of Hampshire.

The Northern Genealogist – DATA CD – $42.50
“The Northern Genealogist” is a rare quarterly journal that contains a fascinating mixture of transcripts, from the medieval period up to the 19th century (including manor court rolls, wills, parish registers, marriage bonds, lists of strays etc.) as well as family pedigrees.

The coverage is particularly good for Yorkshire and Lincolnshire, but there are also records from several other East Midland and Northern counties of England. Containing a total of 1255 pages, it is packed full of historical detail. Many hundreds of names listed.

Foulis Castle and the Monroes of Lower Iveagh – DATA CD – $34.50
Alexander Mackenzie’s massive study of the Monroes was published as The History of the Munros of Foulis, and has from its publication to the 21st century been one of the most respected and consulted accounts of this venerable Scottish family. This publication continues and expands that earlier work by detailing the genealogy and history of the Irish branch of the Monro family. Major Daniel Munro of the House of Obsdale, accompanied by his brother Robert and his nephew George, went to Ireland in 1642 in the army commanded by General Robert Munro. For the next ten years or so, he fought in Ireland, and in 1666 was rewarded by King Charles II with the lands of Lower Iveagh. It therefore was through this third son of George Munro of Obsdale that we have the link between the Scottish and the Irish branches of the Munro family. This history contains extensive materials on the history of the Munroes in Ireland and in North America, from their arrival in Ireland in 1642 through the end of the 19th century.

The Patten Families: Genealogies of the Pattens from the North of Ireland – DATA CD – $34.50
This is a historical and genealogical account of a family primarily from its “Scots-Irish” origins into North America, with a secondary interest in various Patten lines which have an English descent.

The Jacobite Peerage: Baronetage, Knightage and Grants of Honour – DATA CD – $34.50
Originally published in 1904, de Ruvigny’s important work is the only source for the genealogical information — as well as the details of the creations themselves — pertaining to the titles of nobility granted by the exiled Stewart kings after the Revolution of 1688 and extending to 1784. There is a wealth of information here, with descendants in many cases as recent as the early 20th century. While there are English, Scottish, and Irish titles of nobility granted and here studied, the book is of particular interest to the Scottish families of Cameron, Dillon, Drummond, Erskine, Fforester, Fraser, Graeme, Grant, Hay, Lumisden, MacDonald, MacDonell, MacGregor, Mackenzie, Mackintosh, Maclean, MacLeod, Murray, Oliphant, Ramsay, Robertson, Sempill, and Stewart.

The Loyal Clans – DATA CD – $34.50
This history of the Highland families or clans who remained loyal to the Hanoverian government during the Jacobite rebellions is one of the most insightful and impressive studies ever done on the period in the late 17th and 18th centuries, when families — father and son, brother and brother — decided which way to turn in the struggle between the exiled Stuarts and the government established after 1688. It is a reflective, analytical, and incredibly well researched study of what happens between and within families torn by complex issues of self-interest, loyalty to constituted authority, religious obedience, and anger between competing local families. This study begins with a consideration of the type of politics which existed in the Highlands and then looks at the Lords of the Isles, the Stewart monarchy, royal lieutenants, the Clan Gregor, and the divine right of kings, as well as the new order emerging by the early 19th century. While the book is essential to anyone studying the Jacobite period, it has extensive materials on the following families: Cameron, Campbell, Forbes, Fraser, Gordon, Graham, Grant, Hamilton, MacDonald, MacGregor, MacIan, Mackay, Mackenzie, Mackintosh, MacLean, MacLeod, MacPherson, Menzies, Munro, Murray, Robertson, Ross, Stewart, and Sutherland.

The Chiefs of Clan Macnachtan and Their Descendants – DATA CD – $34.50
The early history of this Scottish family is uncertain, but by 1246 there is concrete evidence of the family established as proprietors of Strathtay and styled Thanes of Lochtay. The destruction and disappearance of early manuscripts and documents for this family leaves many gaps, and it is only as the history unfolds into the 16th, 17th and 18th centuries that the documentation significantly increases. The first Macnachtans settled in Ireland in the 16th century, and this history records their story as well as that of the family in Scotland. Many of the clan as well were long involved in India, and the 19th and 20th centuries saw members of the family seeking career and fortune there. There also is collateral genealogical material on the Dunkin, Stafford, Echlin, and Blackers families.

Maule Family Histories – DATA CD – $34.50
This CD contains a collection of articles relating to the history of the Maule Family.

Highways and Byways in North Wales – DATA CD – $25.00
A blend of detailed description, history and a smattering of gossip draws the reader deep into the heartland of the region, this is an experience that is enhanced by the drawings and sketches of Joseph Pennell and Hugh Thomson. Tour of the towns and villages of North Wales steeped in the history of ages. 96 illustrations including a route map.

How to Write History That People Want to Read – A. Curthoys & A. McGrath – $34.95
Writing history can take an author – and ultimately a reader – on a journey through time, across the globe and into the lives of others. Perfect for historians of all levels, this book is an indispensible guide to writing history.

The Oral History Workshop: Collect and Celebrate the Life Stories of Your Family and Friends – C. Hart & L. Sampson – $23.50
We all know that we should ask now, before it’s too late, before the stories are gone forever. But knowing and doing are two different things.

Cynthia Hart, knows exactly how to collect, record, share, and preserve a family member’s or a friend’s oral history in this practical and inspirational guide. “The Oral History Workshop” breaks down what too often feels like an overwhelming project into a series of easily manageable steps: how to prepare for an interview; how to become a better listener; why there’s always more beneath the surface and the questions to ask to get there; the pros and cons of video recording, including how your subjects should dress so the focus is on their words; four steps to keeping the interview on track; how to be attentive to your subject’s energy levels; and the art of archiving or scrapbooking the interview into a finished keepsake. 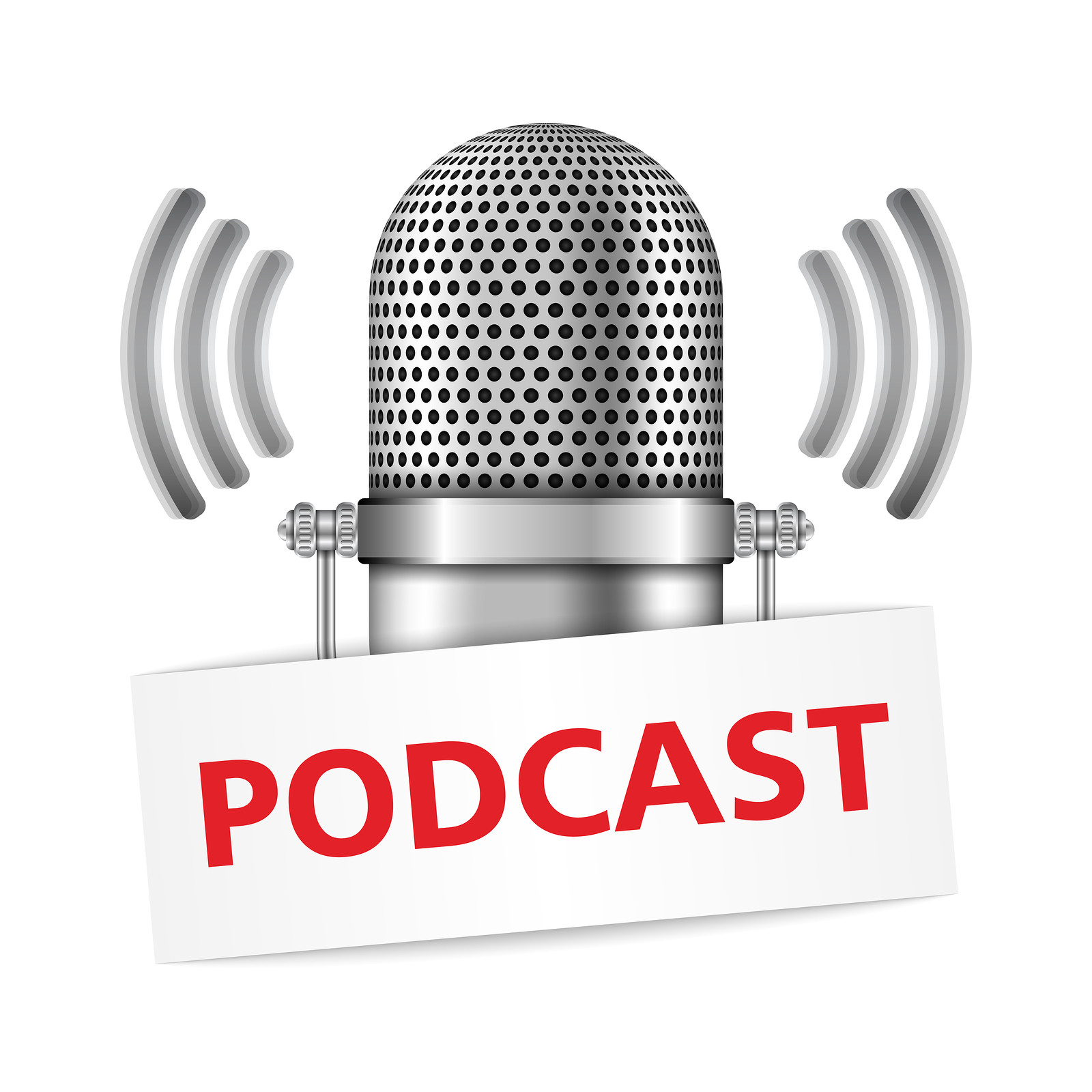 New Version of Software for the Flip-Pal Mobile Scanner Released