A Thousand Men at War: A History of the 2/16th Australian Infantry Battalion, AIF – M. Uren – $50.00
First published in 1959, this book can still educate younger generations about the sacrifices of their forbears, bringing to life what the 2/16th lived through in those dark years of 1939-1945.

Queensland Commonwealth Electoral Roll 1959 – DATA CD – $49.50
This CD, produced by QFHS as a Q150 project supported by the Queensland Government through its Q150 Community Funding Program, indexes the details from the Commonwealth Electoral Rolls for electors registered in Queensland in 1959. The entries for the approximately 783,000 electors cover name, title, sex, place of living, occupation, roll number, subdivision and division.

Historical Records of Australia Series 1 Volume 2 – DATA CD – $29.50
This first series of the Historical Records, which was published from 1914-1925, contains despatches from the Governors, who were in charge of the Crown Colonies, to the authorities in England. These despatches included detailed reports on many subjects, of both major and minor importance. Some of the things to be found in this series: arrivals of ships, convict records, correspondence, promotions, petitions, rations, embarkation, appointments and much more.

Civic record of South Australia 1921-1923 – DATA CD – $39.50
Covering the period 1921-1923, this volume provides a wealth of information about the history of South Australia, the City of Adelaide and the development of councils throughout the surrounding suburbs and country districts. Included are the histories and details of the development of district councils and the corporations of cities, suburbs and districts throughout the state. There are also lists of names of past and present councillors. Some have more information.

New Zealand Post Office Directory 1930 (Wise) – DATA CD – $47.50
Covering the whole of New Zealand there are over 2000 townships, boroughs, cities and districts listed. There are street directories (not as we know them today, but house-by-house listings naming the head-of-the-household), for Auckland, Christchurch, Dunedin, Invercargill, Wellington.

Kitchener’s Lost Boys: From the Playing Fields to the Killing Fields – J. Oakes – $55.00
In this groundbreaking new book, John Oaks delves into the complex history of Britain’s youngest Great War recruits. Focusing on a school cricket team, all eleven of whom volunteerd. He reveals why boys joined up, what their experiences were and how they survived to endure a lifetime of memories.

Lancashire Parish Registers: Cartmel 1559-1661 – DATA CD – $24.00
The Registers of the Parish Church of Cartmel in the County of Lancaster. Christenings, Burials & Weddings, 1559-1661, was published by the Lancashire Register Society from transcriptions taken by Henry Brierley in 1907.

The Norman People and Their Existing Descendants in the British Dominions and the United States – DATA CD – $34.50
This classic work is a dictionary of families, listed alphabetically, who are of Norman descent. Each entry gives place of settlement, origin, and meaning of the name, progenitor (when possible), as well as sites originally and later settled by the family. Introductory chapters lay the historical foundation of the ethnic make-up of Britain before the Norman invasions and the impact of the Normans upon the overall British population. Finally, there is an extensive index (over 5000 entries) of medieval surnames. There is a wealth of information here for the researcher and genealogist.

Genealogical Memoirs of John Knox and of the Family of Knox – DATA CD – $34.50
The family of Knox is an ancient one in Scotland, taking its name from a Celtic word, Cnoc, which signified a small hill. For centuries, they were respected local feudal vassals, holding lands in return for military service, aids and advice. By the 16th century the extended Knox family was well established, and branches were evident throughout the Lowland and Border regions of Scotland. But it was the religious reformer John Knox, born in a suburb of Haddington in the early years of the 16th century, who would take the name of Knox from local or regional recognition to international fame.

The House of Forbes – DATA CD – $34.50 NEW EDITION
Written and edited by Alistair and Henrietta Tayler, this first edition, was published in 1937, and contains 578 pages. This is a wonderfully detailed history of this Scottish family, concentrating primarily upon the major and minor branches in Scotland, beginning with the Lords Forbes, from the 1st through the 22nd holder of that title. Included as well are the cadet branches, with extensive genealogies and family accounts. The cadet branches of Corsindae & Monymusk, Corse & Craigievar, Granard, Pitsliog, Boyndlie, Newe, Tolquhon, Waterton, Brux, Skellater, Inverernan, Echt, and de Forbin & the Swedish Forbeses are treated in turn. Of particular value are the 30 family trees and the extremely detailed maps of the Forbes country.

The MacCrimmons of Skye – DATA CD – $34.50
This is a historical account of the famous MacCrimmon family, its origin and genealogy, its relationship to the piping college on Skye and MacCrimmon legends, and the family’s relationship with the MacLeods. The work contains references to the great piping families of the Highland and Islands, particularly MacArthur, Mackay, Ranken, Campbell, and McIntyre.

The History of Aberdeen and Banff – DATA CD – $34.50
Written by William Watt, and published in 1900, this 456 page work is part of the Victorian attempt to present the history of the counties of Scotland, and this particular volume surveys two counties in the northeast.

Stamp-It 12×12 Sepia Roses – Scrapbooking – $1.30
This is a page from Stamp-It’s Sepia range, and is just perfect for your heritage themed pages. Coloured in various brown tones, with roses around the border, this is a very simple, but beautiful page, which gives the crafter plenty of room to fill in the middle.

My Minds Eye 12×12 Recipe Paper – Scrapbooking – $1.95
While not strictly family tree themed – this page comes from the same series as the My Minds Eye Life Stories “Family History”, so in that respect they match well … also the fact that people do have family recipes handed down to them, it didn’t seem inappropriate to list this one. 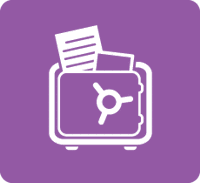 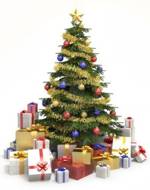